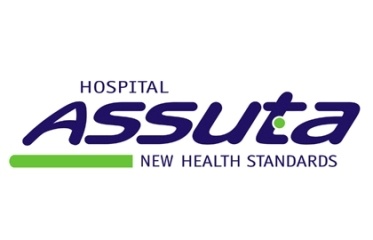 In 2006, the Department of Assuta Hospital in Haifa, moved to a new location. The hospital is part of the overall network of the hospital complex Assuta. During these years there is held from 3 to 10 thousand surgeries per year. In 2010, the clinic has expanded its list of services provided. For patients the opportunity to be seen by the best gastroenterologists use the phototherapy center and separating the treatment of pain, seek for specific imaging tests and more. Today, the hospital conducts operations:

As in other clinics network operations are best specialists, experts surgical practice, which have been carefully selected from among the doctors who head the respective branch of the other hospitals in Israel. The purpose of Assuta in Haifa - provide their patients a high level of diagnostic, therapeutic and rehabilitation services. In addition, the hospital offers treatments that do not require compulsory hospitalization. At its base operating institutions:

The clinic is located at the following address: HaHistadrut Ave 55, Haifa, Israel.

Learn more about the rapid organization of treatment in Assuta you can here. The comparative table below will help you to understand all the intricacies and peculiarities of preparation for treatment in Israel.

The last three decades have been a record number of innovations, which are used in the practice abdominal surgery. Minimally invasive interventions in Assuta in Haifa headed by laparoscopy deliver advanced gynecological surgery through small incisions in the abdominal wall. Many studies have shown the benefits of this approach in medicine.

hysteroscopic surgery performed through the cervix, which gives accurate information about the health of the body. The Assuta in Haifa surgical staff are trained in accordance with the highest standards of care. Leading surgeons have been trained in the best centers in Europe, confirming its impeccable qualifications. Proper training of doctors - the key to success in the treatment.

Center for the treatment of obesity in Assuta Haifa 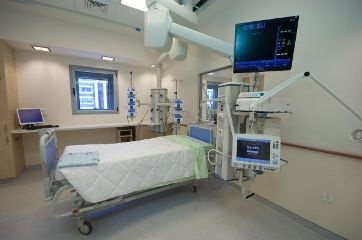 Center helps people suffering from overweight, who do not have coped with it in other ways, or have contraindications to their conduct for health reasons. Here are working in different directions - from lectures in the field of obesity and familiarization with the new weight correction technology to assess patients and standing of the latest generation of surgical operations.

Therapeutic team Assuta in Haifa created in accordance with an interdisciplinary approach. It consists of surgeons, nutritionists, social workers, doctors of other areas. The staff accompany patients at all stages of the treatment, providing emotional support and providing specialized care to patients. The clinic is staffed by a support group for survivors of the operation.

The result of the treatment is not just the external transformation, but also the increased self-esteem, self-esteem. Here successfully we cope with this task at the service of patients, whose history is complicated by diabetes, hypertension, problems with fertility, low back pain. Doctors open to patients a new chapter of life, instilling in them confidence in the future.

The clinic Assuta in Haifa new is not only the equipment, which pride themselves on only a few hospitals in the world. Here, even the interior design evokes respect. Implemented the project of modernization of seismic systems, operating rooms, rooms and halls are equipped with automatic sliding circuits controlled access. Even seemingly ordinary entrance doors are made of glass with a decorative etching. All doors are sealed and surgical departments meet the most stringent standards. Appearance of facilities adapted to the needs of the entire complex Assuta and deserved epithets as "luxury" and "impressive."

Assuta Haifa center makes extensive use of the practice of robotic surgical systems. This robot da Vinci, O-Arm and other equipment that provides maximum accuracy during the operation. Thanks to the technique creates a three-dimensional picture of the corrected area, working principle of mirroring. This allows the physician to carry out manipulation and monitor in real time the progress of the operation at any complexity intervention. The equipment used in the pelvic, orthopedic surgery, actively used during spinal surgery.

Assuta Haifa center - pilgrimage to the ideals of medical doctors

the clinic level has become a kind of standard in the world. Since the opening of the hospital is actively using the most advanced technologies of diagnosis, treatment, rehabilitation, principles of service orientation and high level of infrastructural equipment. This contributed to the fact that the medical marketplace has become a place for sharing experiences, acquiring a qualitatively new knowledge.

Czech doctors, doctors from Kenya and representatives of the Albanian Ministry of Health, India, Russia, the United States come here to see the most modern hospital in the Middle East. As a result of these meetings discussed bilateral cooperation projects in the field of medicine and SPA-tourism. According Assuta leadership, the clinic is pleased to lead the Israeli health care system one step ahead of the rest of the countries, to serve as a model and sample.

The clinic Assuta in Haifa are various offices and correction disease centers. If you decide to go through the diagnosis and treatment of diseases based on it, is the right choice, which will regain health and improve quality of life. Find out the To cost of services, please call or email us, reaching a corresponding request (for more information about the treatment of prices in Israel ). However, remember that a more accurate value of the services you can find after studying the clinical picture of your disease hospital experts.

To compile indicative estimates, send documents about the diagnosis, diagnostic, therapy program, which you have received. This will allow us to gain clarity and formulate specific proposals for the correction of a particular pathology. Study patients reviews about staying in Assuta Haifa Center to find proper clinic:

"Treated in Assuta obesity. We do gastric banding. I enjoy your body every day. Do not be ashamed to look in the mirror and you can safely wear the previously banned wardrobe. Thanks! Lilya, 34 years old."

"I Went to Haifa on the program of medical tourism to be examined and receive treatment for the baby's birth. Could not conceive before 5 years, my husband and I tried. Such attention is not even represented. Israeli doctors professionalism is beyond praise. Today , I am a mother of twins, for which he is very grateful. Maya, 28 years old. Pskov. "

Clinic in Ashdod invited to Israel for treatment. The latest reports, occupational therapists, affordable prices - all this created for our patients.