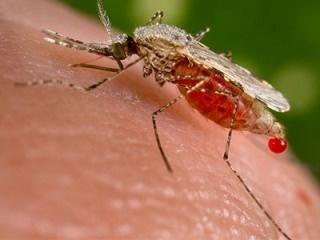 According to the report of scientists published in the online journal «ecancermedicalscience», one patient with advanced ovarian cancer was able to defeat the disease through treatment of an entirely different disease.

In this publication, researchers from the Cancer Center NYU Langone's Perlmutter in New York described the case where the patient who received treatment of dermatomyositis, an autoimmune condition that causes muscle weakness and rashes on the skin, was able to get rid of the cancer. For the treatment of dermatomyositis used antimalarials hydroxychloroquine, and quinacrine.

For information on how to carry out the treatment of ovarian cancer in Israel, the best specialists of the country, leave a request and we will contact you shortly.

Later, the patient was diagnosed with an advanced and aggressive form of ovarian cancer. Despite the fact that there are effective treatments for the disease, this type of cancer usually returns within 18-24 months after therapy.

Three years later, the patient is completely healthy, she had no tumors or dermatomyositis.

Previously published data in «ecancermedicalscience» showed that antimalarials hydroxychloroquine, and quinacrine may increase the effectiveness of cancer treatment, acting together with cancer drugs.

"The depth of the response of aggressive high grade ovarian cancer to standard chemotherapy platinum-taxanes after several months of treatment with antimalarial drugs should stimulate further research aimed at studying the biology of ovarian cancer, and the role of autophagy in enhancing immunity response to platinum chemotherapy drugs," - said the scientists.

Vaginal hysterectomy and ovary in Assuta - indications for surgery, approaches, surgical intervention steps, the subsequent recovery and advantages of the method.