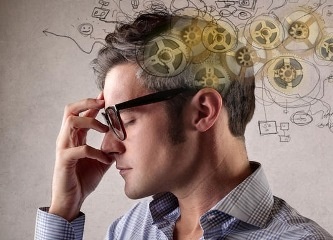 You are concerned that information obtained during a training session, do not remain in memory? According to a new study published in the «Cognitive Systems Research», will help jog.

The choice of physical activity after school (cramming for an exam) has a direct impact on the ability to remember information. Researchers at the University of Applied Sciences Upper Austria believe that the students studied for storing information necessary moderate exercise (such as running) rather than passive activities such as computer games.

"My children were just at that age when computer games are of great interest, - said Harald Kindermann, author and professor at the University -. It was interesting to learn how to exercise influence on the ability to absorb the information."

60 men aged 16-29 years had to remember certain information from a study of the route on a map to store the German-Turkish word pairs. Then they were divided into three groups: one group played the computer game Counter Strike, a friend to go for a run, and the third (control group) spent time on the streets. The researchers compared how well people in each group learned information.

According to the results, those who ran, showed the best results. In the control group, the results were worse, and the weakest results showed subjects who played Counter Strike.

What causes this effect? Stress hormone - cortisol affects the memory retention: in some cases it helps, while others - impairs memory. There are two types of stress - psychological and physical. Substances secreted by physical stress (running) improve data storage.

The researchers had two hypotheses. First, violent computer games deceive the brain and make him believe in the reality of physical threats. In conjunction with the psychological stress of the game, this means that the brain focuses on the perceived threat and rejects any information you just learned.

The second hypothesis was that the physical stress when running switches the brain "memory storage mode", where information is stored, you need to remember. During moderate exercise the body produces more cortisol to keep the body in balance system, while it is experiencing physical stress. It is this level of cortisol helps improve memory. However, the link between cortisol levels and memory retention is uncertain, so further research is needed.

The scientists plan to expand the study and examine the effect of computer games on a long-term memory.

Integration of healthy habits in the wellness program of future doctors

As overweight affects the bone structure? A computer tomography for the study of patterns.

Upright Israeli company came up with a device for improving posture

You constantly forget about good posture? The new device will remind you that you need to sit up straight.

Depending on the study of physical activity in weight-lifters

Professor of kinesiology dedicated research issues, depending on the exercise.