Researchers at the University of Texas MD Cancer Center MD Anderson showed that associated with the BRCA protein 1 (BAP1) is a tumor suppressor gene in the kidney, eye, bile duct, mesothelioma, and other cancers, adjusting the form of cell death, called ferroptozom, opening a potential new therapy research area. A study Boy Gang, Ph.D., Associate Professor, Department of Experimental Radiation Oncology, were published in the online edition of Nature Cell Biology on September 10.

For information on how to carry out the treatment of kidney cancer in Israel, the best specialists of the country, leave a request and we will contact you shortly. 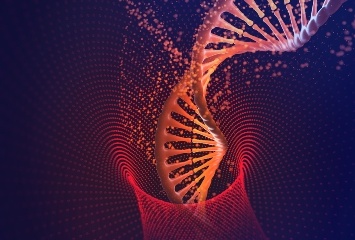 "Although BAP1 frequently mutated or deleted in various cancers, the process by which it inhibits tumor remains unclear", - said Gan. "In our study was conducted comprehensive identification of target genes regulated BAP1, and relevant biological processes in cancer cells, and was identified epigenetic mechanism mediated BAP1, ferroptoz binding to the suppression of tumors."

Ferroptoz - a newly identified form of controlled cell death caused by the depletion of cystine, an amino acid that is vital for the growth and survival of cancer cells, as well as overproduction of molecular carrier of oxygen, known as reactive oxygen species (ROS) in the lipids, which have been linked to cancer and are objects of certain types of therapy.

"Ferroptoz structurally, biochemically and genetically different from other forms of regulated cell death, such as apoptosis," - said Gan. "It is well known that cell death, especially apoptosis plays an important role in suppressing tumors. However, the role and regulatory ferroptoza mechanisms in tumor biology are still largely unexplored."

Gan command described how BAP1 encodes a key enzyme, which interacts with the enzymes and other cellular components for regulating genes, which leads to suppression of tumors through ferroptoz. The researchers found that treatment with the inducer ROS led to significantly more cell death related to ferropotozom in BAP1 cancer cells than in other such cancer cells that do not express BAP1. They also found that BAP1 ferroptozu helps mediate repression "transporter" cystine called SLC7A11.

"We have shown that BAP1 inhibits tumor growth and partly through SLC7A11 ferroptoz, and that mutants BAP1, associated with cancer, lose the ability to inhibit and promote SLC7A11 ferroptozu" - said Gan. "Together, our results identify previously unappreciated mechanism of binding ferroptoza tumor suppression."