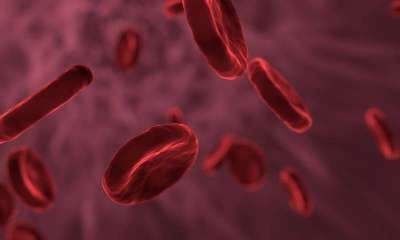 The most aggressive type of prostate cancer can be treated via two methods: taxanes or hormonal treatment. Until recently, comparative studies have been conducted between the two, and the decision about which treatment to use empirically been done and based on the patient's preferences. Now a study led by the Spanish National Research Center for Cancer Research (CNIO) and researchers from Italy and the United Kingdom and published in European Urology, has identified a biomarker, which means liquid biopsy can determine which of the two procedures could be helpful for the patient.

Prostate cancer is one of the most common cancers in men and has one of the highest five-year survival rate in the diagnosis of a localized stage. When diagnosed at a late stage, or the localized tumor recurs after initial local treatment, the usual procedure is to combat it using deprivation therapy of male hormone (androgen). This can be done either by surgical removal of the testes, or using drugs that eliminate testosterone (chemical castration). However, up to 90 percent of patients with castration develop subsequent aggressive castration-resistant forms, and their survival rate is about two years.

Among the treatments used to increase the life expectancy of patients with refractory to chemical castration, prostatic cancer, taxanes docetaxel and cabazitaxel work by blocking cell division and cell proliferation. In contrast, hormone therapy is a new generation, of abiraterone and enzalutamide act on the production of androgen (male hormone): abirator inhibit its synthesis, while enzalutamid nuclear receptor blocking testosterone.

"At the moment there are no comparative studies between hormones and taxanes," explains David Olmos. "There are only studies in similar populations, and the choice of adequate treatment is carried out empirically. Treatment usually begins with hormonal therapy, but it also depends on the preferences of the patient."

The results show that patients with prostate cancer that are resistant to chemical castration with normal copy number of the gene encoding the androgen receptor (AR) in circulating tumor DNA which were treated abiraterom / enzalutamidom, have a lower risk of disease progression and a higher duration life, with a 50 per cent survival compared with docetaxel, where the average life expectancy was about 24 months. On the other hand, patients with a large number of copies of the androgen receptor gene respond a little better docetaxel with higher life expectancy of about 9 months compared with abiraterone / enzalutamidom.

The presence of the androgen receptor in circulating tumor DNA is the first biomarker to determine the best first line therapy. The study also points to the urgent need to develop new treatments for patients with higher levels of androgen receptors, as they are less responsive to existing therapies.

Liquid biopsy proved reliable, rapid and non-invasive method for determining changes in specific tumors and to be able to receive the best possible treatment in each case. "Using bioinformatics tools, we can calculate the proportion of tumor DNA, present in the total free DNA in plasma, and in this fraction, we calculate the number of copies of the androgen receptor."

The next step is a study that may confirm these results.