The recurrence rate after improvement lumpectomy 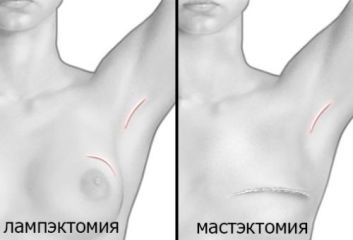 Thanks to modern, multimodal therapy for breast cancer, 5-year local recurrence rates after lumpectomy significantly reduced, which makes the operation of breast conservation option for a greater number of patients with breast cancer.

A meta-analysis of data from the previous nine tests conducted by the Alliance for clinical trials in the oncology shows that the 5-year incidence of local recurrence was 4.2% in general, almost 7,000 patients with breast cancer treated with lumpectomy.

Until now, the frequency of local recurrence ranged from 5% to 10% after a lumpectomy. These figures reflect historical data associated with the old protocols of treatment of breast cancer, according to research group under the direction of Heather B. Neuman, MD, of the University of Wisconsin School of Medicine and Public Health, Madison.

Neumann presented the results of the study on May 4 at the 16th Annual Meeting of the American Society of Breast Surgeons (ASBS).

"Multiple randomized controlled trials have demonstrated equivalent survival rates between mastectomy and breast-conserving, albeit with a higher frequency of local recurrence after breast conservation," - said Neumann during a press briefing at the conference.

"However, the absolute numbers of local recurrence were reduced as a result of a multimodal treatment. We sought to evaluate the local relapse after breast surgery in a cohort of patients treated in the context of clinical trials and to assess recurrence rates of variation of the molecular subtype of the tumor, "- he said.

"It is clear that these new data show that relapse of breast preservation significantly reduced as a whole", - said Neumann. "In addition, in modern multimodal personalized breast cancer therapy, the stratification of risk of recurrence of cancer subtypes helps women and their doctors to make more informed decisions. This study added important information in my conversations with patients about the risks andbenefits of lumpectomyand mastectomy. "

For the analysis, researchers examined data from 6927 women with breast cancer stage I-III, which were recorded in nine clinical trials from 1997 to 2011. All participants underwent an operation to preserve the breast and systemic and radiation therapy.

"Because of problems with access to the data it is perhaps the only study to examine the relationship of recurrence and receptor subtype in the modern era of breast cancer treatment , "- said Neumann.

The recurrence rate after mastectomy for early stage breast cancer is 1% or less, Neumann confirmed in an interview. These new estimates of local recurrence after lumpectomy can change the way patients view their treatment options.

"The local recurrence rate with lumpectomy about 4% - and lower for some women, based on receptor status - to 1% with mastectomy is quite another decision", - she told Medscape Medical News.

In a statement issued ASBS, Neumann noted that many women "faced with a difficult compromise when making treatment decisions. These more positive, recent data can make their choice a little easier."

"The myth that the triple-negative breast cancer is a death sentence, has to go," - said Henry M. Kuer, MD. "These data show that the probability of disease after lumpectomy is 93%."

The research results will facilitate the discussion of breast conserving surgery with patients who think they can avoid radiation therapy by mastectomy, Cuero said. "It's not necessarily the case," - he said.

"These discussions should be conducted very carefully so that the patient can make an informed choice, including refuse mastectomy", - he added.

Kuer stressed that in relation to consultation on average lumpectomy treatment should be offered to patients with HER2-negative disease and lymph node involvement, in which there was a significant reduction in tumor after preoperative or neoadjuvant systemic therapy.