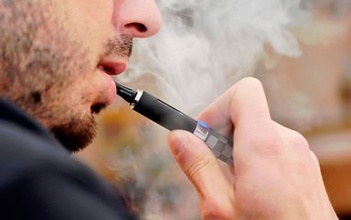 When smoking damaged dozens of genes that are critical for local respiratory tract immune system. A number of these changes increases the risk of bacterial and viral infections, and other inflammatory processes. Scientists from the Medical School at the University of North Carolina (USA) reported that veyping or smoking electronic cigarettes and vaporizers, hurt the same genes as the common tobacco, and even beyond that, which impairs the immune defense of the upper respiratory tract.

In a study of 39 people took part, having a different attitude to smoking, including 12 used electronic vaporizers. In the latter group was determined by inhibition of the expression of 358 genes, including 53 that are also affected by tobacco smoke.

However, these results can not yet be associated with long-term effects of using electronic cigarettes on the development of diseases that are commonly associated with tobacco smoking, such as lung cancer, emphysema, or chronic obstructive pulmonary disease.

As acknowledged by Jan Jaspers, the main author of the work and the Head of the Department of Toxicology at the University of North Carolina, it is too early to talk about long-term consequences of smoking electronic cigarettes and veypinga. However, the researchers suggest that "the effects of e-cigarettes are not the same as an ordinary tobacco."

Based on materials sciencedaily.com

Higher risk of death from pulmonary embolism in the amateurs TV shocked the public.

A study on the effectiveness of warning labels on tobacco products

How to make warning labels on tobacco products more effective?