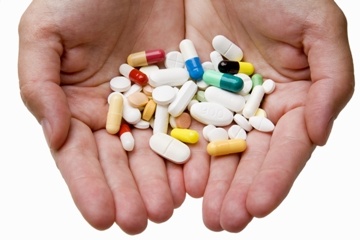 Tuberculosis is the leading cause of death worldwide in 2015, the disease claimed the lives of 1.8 million people. Untreated tuberculosis causes damage to the tissue in the lungs that leads to severe coughing and eventual death. People with HIV are at increased risk of infection, as well as people suffering from diabetes and alcoholism.

Although effective, the reception of modern antibiotics in the treatment of tuberculosis is not less than six months. They can interact with the antiretroviral drugs used to treat HIV, causing a condition known as TB-IRIS, which excessively activates the immune system, causing further damage to the lung.

A group of researchers from Imperial College London, the University of Cape Town, London School of Hygiene and Tropical Medicine and the University of Southampton, led by Dr Naomi Walker found differences in immune responses between patients with tuberculosis and HIV and non-HIV, which will help to treat tuberculosis more effectively.

It is known that MMP digested collagen, the main structural protein in the body, which makes it easy to keep the structure intact. Available and relatively inexpensive antibiotic doxycycline can inhibit enzymes that help reduce lung damage.

After creating a 3D model of tuberculosis infection, which simulates human lung infection in the laboratory, the authors examined whether they can prevent the destruction of the lungs by reducing MMP activity using doxycycline. They found that doxycycline really reduces the destruction of diseased lung tissue.

The authors argue that a possible link between the activity of MMPs and destruction of the lung lead to new methods of treatment of tuberculosis in the future.

"The research paves the way for the use of doxycycline in the treatment of tuberculosis. After studying the mechanisms underlying its action, we now have available, relatively cheap drug, with which you can move forward. The results can help to identify patients at higher risk of lung damage for targeted treatment, "- said Dr. Walker.

South Africa is experiencing an epidemic of a dangerous form of tuberculosis.

Study on protection from HIV with the help of macrophages

HIV can infect macrophages, and what to do to protect them?