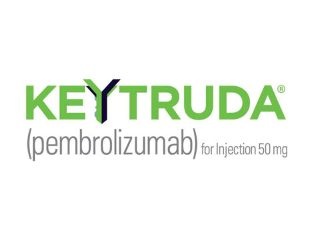 According to the release Merck, main study corresponded to its primary endpoint of overall survival. An interim analysis conducted by an independent Data Monitoring Committee showed that survival was significantly longer for patients who received pembrolizumab than for patients receiving chemotherapy based on platinum (carboplatin plus paclitaxel or carboplatin plus pemetrexed) in a cohort with a measure of the proportion of tumor PD-L1 (TPS) ≥1%.

West has expressed enthusiasm for the results in his initial tweet, saying that first-line monotherapy with pembrolizumabom both squamous and in unskilled lung cancer "hits doublet chemotherapy in the operating system, not only for pts with a high threshold PD-L1, expresses the 50% but even in that the w / PD-L1 1% or higher. "

He further noted that pembrolizumab can now preferred in the first line - not only for patients with PD-L1 expression of 50% or higher, but for those with a threshold of 1% - or in squamous or in unskilled lung cancer. The therapeutic index was better than combination chemotherapy, and immuno-oncology (IO).

However, Clive Pidll, consultant clinical oncologist in the United Kingdom, said that he was not so sure about the first-line immunotherapy. "The people with lung cancer is probably best to give chemotherapy to 1% <50% of patients treated with the PDL-1 and 2-nd line IO, because, most likely, will have two lines of therapy" (Chemistry, better tolerated in the first place, and not in the 2nd line).

West said he should not be too ahead of events, creating treatment plans based on the press release, are not seeing evidence samples.

He added: "Optimization of a sequence of several lines may be best."

Another participant, consultant torakomalnogo oncologist Sanjay Popat, MD, of the Royal Hospital Marsden, United Kingdom, pointed out that "the key issue is how much of the benefits of this OS in> 1% the TPS and 20% the TPS manageable subset of> 50% TPS ».

KEYNOTE-042 - is a continuous phase 3 study that compared the efficacy and safety with efficiency pembrolizumaba-platin chemotherapy doublet method in patients not treated with locally advanced or metastatic CPM-L1-positive (TPS ≥1%) cancer. In all patients, there were no translocase anaplastic lymphoma kinase or receptor-sensitizing mutations of the epidermal growth factor.

The cohort included 1274 patients were randomized in a ratio of 1: 1 to receive either pemrolizumab (200 mg fixed dose every 3 weeks), either monotherapy or selection chemotherapy physician based on platinum as follows: carboplatin AUC 5 or 6 mg / ml / min plus paclitaxel 200 mg / m 2 every 3 weeks (Q3W) within a maximum of six cycles for patients with squamous cell carcinoma; or carboplatin AUC 5 or 6 mg / ml / min plus pemetrexed 500 mg / m2 Q3W for up to six cycles followed by an additional pemetrexed 500 mg / m 2 for patients with lung cancer.

The primary endpoint of overall survival with a TPS ≥50%, ≥20% and ≥1%. Secondary endpoints - a progression-free survival and objective response.

"The impact of this press release will be ruined by the lack of FDA approval for monotherapy pembrolizumabom a broader population of patients with the expression of PD-L1 by 1% or higher, but lower than the current threshold of 50% for perftriprolizumaba first line now, - said the West to Medscape Medical News.

KEYNOTE-189, randomized study phase 3, which compared the effectiveness of chemotherapy and safety platin-doublet method using / non pembrolizumaba as first-line treatment in quantiz- NSCLC, it was found that pembrolizumab in combination with chemotherapy resulted in significantly longer OS and progression-free survival than chemotherapy. The results will be presented at the upcoming annual meeting of the American Association for Cancer Research, which will be held in Chicago April 14-18.

KEYNOTE-042 study continues to evaluate progression-free survival. The results will be presented at an upcoming medical meeting and will be submitted to regulatory authorities around the world, the manufacturer reports.