According to new research medical researchers UNSW, a new approach to the treatment of pancreatic cancer using "educated killer cells" showed their perspective.

Researchers at UNSW Sydney and California Institute of Biomedical Research (CALIBR) demonstrated the success of the new cell-based immunotherapy for pancreatic cancer. Treatment resulted in the mice were cured of cancer, including metastasis, which has spread to the liver and lungs. A recent study published in the top academic journal Gut. 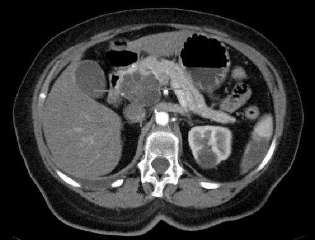 The study group received pancreatic cancer cells in patients with advanced disease and their transplanted mice. Then they took the immune cells of patients and modified them in order to specifically identify and destroy cancer cells, so they are also called educated killers or CAR-T-cells.

"After injection of CAR-T cells in the mice they could find any cancer cells in the body, stick to it with the help of surface markers and subsequently destroy cancer cells The treatment was so effective that the animals remained tumor-free,. - says lead author Professor Chris Heshen from UNSW Medicine.

The researchers not only demonstrated outstanding effectiveness of its new immunotherapy CAR-T for the treatment of pancreatic cancer. They also presented a new technology that allows them to fully monitor the activity of CAR-T-cells.

Using the so-called "switched CAR-T cells", the team first used this new concept in pancreatic cancer and shared the recognition of cancer targets and the subsequent destruction of cancer cells into two separate processes.

Dr. Alexandra Aicher, joint author, recently joined the School of Medical Sciences at UNSW Sydney, he says that the CAR-T cells are very powerful therapies that need to be carefully monitored.

The team now hopes to bring this promising therapy to the clinic and is looking for a means of achieving progress.

"This is the first time in my career, when I saw the real cure for this very aggressive disease The next step is the union of CAR-T-cell treatments, which facilitate the penetration of CAR-T cells in cancer cells,. - says Professor Heshen.

"Pancreatic cancer is known for its fortress structure that must be overcome to CAR-T cells are able to reach their target cells and remain at the maximum activity. We hope that this new treatment strategy will be ready for the clinic in the next three years , waiting for funding. "

Operations in pancreatic cancer in Assuta: opportunities resection and indications, preoperative preparation, characterization operations (Whipple operation, the distal and total pancreatectomy), the state after the operation and the power potential complications.