For the first time, researchers from the University of Copenhagen studied the development of the sebaceous glands in the skin. The study provides a deeper understanding of the development of skin cells and how cancer mutations affect the behavior of stem cells. 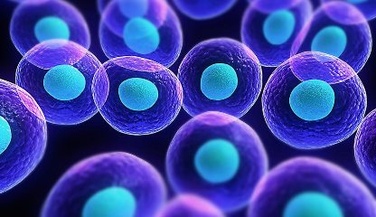 The sebaceous glands are responsible for the skin's hydration. Although they are a major component of skin, scientists know little about how they are formed.

In the new study, researchers from the Center for biotechnology research and innovation (BRIC) and the Center for Biological Research of stem cells (DanStem) at the University of Copenhagen found out how the sebaceous glands in the development process. In addition, they showed how the mutation is common in cancer, affect normal cell behavior.

"We have demonstrated for the first time, as an image of the sebaceous glands, which help the skin's natural moisture, and how they are maintained by stem cells throughout life" - says Marianne Stemann Andersen, a researcher.

At the same time, the study shows that the behavior of stem cells is changed, when the researchers administered a specific and common mutations in the cancer stem cells of the skin. Surprisingly, the mutation did not make cells divide more frequently, instead, the stem cells generated tot longer stem cells, rather than mature cells of the sebaceous gland.

"In this case, the result is a sebaceous gland, which, like the tumors continued to grow We hope that this knowledge can contribute to the development of better cancer treatment,." - says associate professor and head of research, Kim Jensen.

In the study, researchers tracked the division of stem cells in the skin of living mice. Individual stem cells were stained with fluorescent proteins. This allowed the researchers to monitor the stem cells during cell division and describe the functioning of individual cells.

In mice, the researchers administered a specific mutation is common in human cancer, this behavior has changed dramatically. Even in adult mice sebaceous gland has continued to grow.

"We used to think that this mutation leads to frequent cell division. However, our research shows that its effect on cell division is very weak. Instead, the stem cells with a cancerous mutation are more likely to fall into two new stem cells. This explains why the sebaceous gland continues to grow after we introduced the mutation into the skin, - says Svetlana Ulyanchenko, author of the study -. In the case of cancer therapy, which targets the cells that divide frequently, it means that cancer cells and normal cells may also be targeted for treatment. If we can determine that controls cell division with mutations, then we can develop therapies that affect the cancer cells. "

In the future, the research team led by Associate Professor Kim Jensen, plans to extend the analysis to other cancerous mutations and study how different mutations in the same cell interact and modify the behavior of stem cells. According to scientists, these studies will form the basis for more effective cancer treatment.