Researchers have found the genetic basis of the aging rate 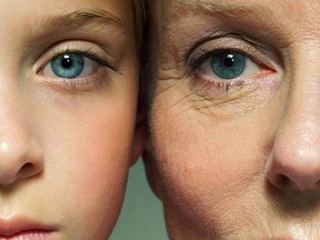 Aging is characterized by a decrease in physiological functions and is a major factor in the risk of cancer,neurodegenerative disorders and diabetes. Previous studies on aging generally focused on the regulation of life span, and it was revealed more than 100 genes that regulate lifespan of living organisms.

Recent studies have shown that the durability and behavioral aging - two unrelated processes. With increasing life expectancy the main problem is the prevention of functional disorders associated with age. Despite the great advances in genetics, little is known about the regulatory mechanisms of healthy aging.

A new study conducted by scientists from the Institute of Neuroscience and the Chinese Academy of Sciences, has revealed the genetic basis of natural variation in the rate of aging. It is published in Nature.

the rate of aging varies greatly. It is believed that this is determined by environmental and genetic factors. To understand this question, the researchers looked at the rate of aging Caenorhabditis elegans, free-living nematodes are about 1 mm long. Thanks to its genetics that roundworm often used in studies of aging.

C. elegans were studied from different parts of the world. Scientists have discovered that genetic variation gene RGBA-1 receptor gene and NPR-28 regulate the rate of aging. RGBA-1 activates NPR-28 transmission signals in neurons that regulate the function of aging animals.

Scientists have conducted a genetic analysis RGBA-1 and NPR-28 and found that two genes may have been subjected to natural selection process, which leads to a reduction or elimination of genetic variations among individuals.

Research shows genetic pathway underlying the natural aging rate changes. Further work on the natural changes in the rate of aging will pave the way for a comprehensive understanding of the biological regulation of healthy aging.

The theory of the evolution of aging, proposed by George Williams in 1957, suggests that genes contribute to the survival and reproductive successat a young age, but accelerate aging in later life. In contrast, this study shows that the evolutionary selection of genes that are important at an early age can lead to an increase in life expectancy.

The study shows that the rate of aging may affect the appearance of new genes, natural selection and interaction between different genetic loci.

Scientists have published the results of a study on the two gene mutations that cause retinal disease.

The new mechanism of the genetic risk for schizophrenia