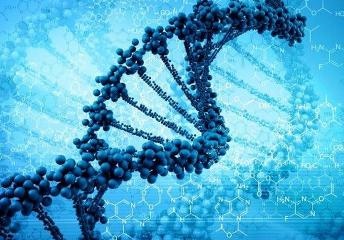 RAS mutated genes are among the most common genetic factors of cancer, especially in aggressive cancers, such as pancreatic cancer, And lung, but, despite a decade of efforts, medication aimed at RAS, is not there yet. (On how totreat lung cancer in Israel ).

Researchers at the Comprehensive Cancer Center named Harold Simmons showed that molecules RAS operate in pairs called dimers that cause cancer. The new data will help develop a treatment.

"Mutations in RAS - one of the most common causes of cancer, and there is no possibility to counteract them Dimerization activity of the RAS gives scientists a reliable advantage for moving forward." - said Dr. Kenneth Westover, assistant professor of radiation oncology and biochemistry from the Comprehensive Cancer Center Harold C. Simmons at Southwestern Medical Center in Utah, which this year celebrates its 75th anniversary.

The question of the RAS dimerization actively discussed, but before the researchers could not prove the look of dimers RAS, which limits the ability to conduct experiments that would appreciate their importance in physiology and cancer. The research team led by Dr. Westover X-ray crystallography data used to predict, as it may look dimer RAS, and then scanned in model cells using a technique called fluorescence resonance energy transfer, to show when RAS forms dimers.

The work, published in the journal Cell, provides a basis for further research, which will be devoted to the biology of RAS and could potentially pave the way for development of new anti-cancer drugs that target the RAS dimerization.

«RAS function is to transmit signals that tell the cell to grow and divide. This is a frequent mechanism in cancer. In the study, it became clear that RAS must be dimerized to effectively transmit signals in cells. Furthermore, dimerization RAS appears to be a decisive factor for the mutated forms of the RAS and cause cancer, "- says Dr. Westover.

Members of the research laboratory of Westover in collaboration with researchers from the Institute of Cancer Dana-Farber showed that the dimers RAS play a key role in a number of cancer cells, including animal models of cancer.