Opening of scientists from the Huntsman Cancer Institute at the University of Utah can lead to more effective treatments for pancreatic cancer. The results were published in Developmental Cell.

Pancreatic cancer is one of the most deadly types of cancer, which is difficult to diagnose.

For information on how to carry out  the treatment of pancreatic cancer in Israel Assuta  the best specialists of the country, leave a request and we will contact you shortly. 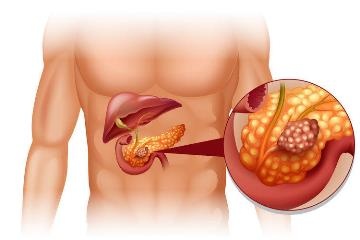 It is often detected when the tumor has already spread to other parts of the body and in most cases can not be cured. Like most cancers, pancreatic cancer develops in part due to genetic changes in healthy cells, making the cells are out of control. Such genetic changes usually do not respond to anti-cancer drugs.

Nathan M. collapse, MD, lead author of the study, explains: "All the cells in our bodies perform a certain job Previous work in our lab confirms the theory that cancer cells lose their ability to perform their normal work In this study.. , we wanted to understand what happens when the pancreas cells will 'know' what work to perform, regardless of the received signals. "

Researchers have worked mainly with the mouse model. They injected cancer-causing mutations in normal cells. When there is a pancreatic cancer, PTF1A always off. The researchers were able to prevent this and have discovered how you can completely block the formation of cancer cells in the pancreas. They also found that cancer cells at an early stage of returning to normal cells of the pancreas, when PTF1A was included again. PTF1A also block the growth of cancer cells at a later stage.

Subsequently, scientists have studied cell lines of pancreatic cancer in humans. They found that the inclusion of PTF1A blocks the growth of cancer in about half of these cell lines.

This method is an effective way to prevent the occurrence of cancer in various models. "We varied the conditions and terms of re-differentiation and always got the same result - PTF1A expression was sufficient to stop the appearance and progression of cancer" - the researchers say.

The new method will help patients with pancreatic cancer in the long term, but not in the near future. Murto agrees with his colleague: "We now have a simple way, which may lead to new approaches in the next five to ten years."

Operations in pancreatic cancer in Assuta: opportunities resection and indications, preoperative preparation, characterization operations (Whipple operation, the distal and total pancreatectomy), the state after the operation and the power potential complications.

Treatment of pancreatic cancer in Israel includes many options for diagnosis and treatment. One of the best private hospitals offer effective treatment of the most serious diseases.