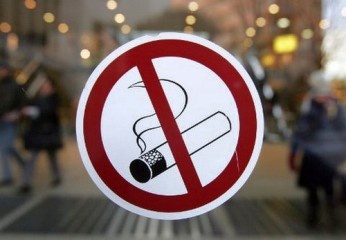 The new study focuses on the urgent issue of how to help if a ban on smoking in public places to improve people's health. Studies show that the number of children attending the emergency department with complaints of asthma, decreased by 17 percent.

"In the 20 urban areas where a ban during the 2000s, fewer children were sent to the emergency department with an exacerbation of asthma, - says senior study author Teresa Shayerman, a professor at Brown University School of Public Health -. The Clean Air Act in areas cut costly medical care and help parents and children to avoid stressful situations. "

Shayerman and other researchers from the University of Chicago and the University of Kansas say that all cities have to accept the limitations that do not allow smoking in enclosed public places such as restaurants.

"Children can not control the environment, - says one expert -. Research shows that even a brief exposure to secondhand smoke in public places has an impact on asthma."

In a study published in the Annals of Allergy, Asthma & Immunology, studied the cases of exacerbation of asthma in 20 children's hospitals in 14 states, Washington, DC. In each hospital, the researchers counted the number of visits during the three years before and after the ban on smoking on the premises.

In each area, the number varied showing a decrease or, conversely, increase. The total for all 20 visits to hospitals decreased after the ban came into force: 8 percent in one year since the adoption, 13 percent after two years and 17 percent after three years.

To see the long-term measurements, which had nothing to do with the smoking policy, the researchers conducted a test where an arbitrarily determined date of January 1, 2007 as a point of reference for each hospital. This test did not show a decrease in the number of visits, which means that there is no reduction of national emergency asthma.

Scientists recognize that the study only shows the connection and does not prove that the bans have led to a reduction in emergency room visits. It was recognized that secondhand smoke is a trigger for asthma.

"In conjunction with other research results make it clear that legislation on clean indoor air improves the health of the population", - says Shayerman.

Japan will take strict laws against smoking, but tobacco companies in the country does not support this initiative.

As with passive smoking suppresses the immune response acrolein

Scientists have developed a mobile application for smartphones that will help patients with asthma.

Children prescribed unnecessary antibiotics, which can lead to negative consequences.