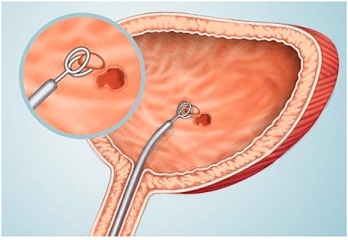 Researchers at Hokkaido University have discovered that the nonsteroidal anti-inflammatory drug used for the treatment of colds, prevents and reduces chemical resistance applies bladder cancer, which gives hope for the future treatment of advanced stages of the disease.

Bladder Cancer - the seventh most common cancer in men worldwide. Every year, 20,000 people in Japan sick them. Cancer is divided into two types: non-muscle invasive cancer (90 percent of survivors) and muscle-invasive cancers with less favorable prognosis. For the patients of the second group are used anticancer drug cisplatin; at the same time there is a threat to chemoresistance and spread to the lungs, liver and bones.

In the latter study, the human bladder cancer cells were grafted into mice to create a xenograft (a model for bladder cancer). Primary xenograft grew gradually, and after 45 days in the lung and liver metastatic tumors were found. Using microarray analysis, including more than 20,000 genes metastatic tumors, researchers have identified a metabolic enzyme aldo-keto reductase 1C1 (akr1c1). They found high levels of akr1c1 secondary noovobrazovaniyah removed in 25 patients. This proves that the phenomena observed in mice also occurs in the human body. Along with anticancer drugs, a substance produced by the surrounding formation, interleukin-1 beta, it increases the levels of the enzyme.

Researchers have shown that the enzyme blocks the effectiveness of cisplatin and other anticancer drugs.

Scientists have found that flufenamic acid suppresses the invasive cell activity and restores the effectiveness of anticancer drugs. Flufenamic acid known as non-steroidal anti-inflammatory drug used for the treatment of colds.

This discovery will help in clinical trials aimed at improving forecasts for bladder cancer patients. The latest methods of treating cancer using expensive molecular drugs that affect the health and economy of the state budget. "The latest research would suggest using flufenamic acid, which is much cheaper and more effective in the fight against cancer," - says Dr. Shinya Tanaka of the research team.

The study of risk factors for endometrial cancer

Scientists have created a database DrugAge , containing information about the medications that prolong life.

The new method improves the accuracy of testing cancer drugs

Swedish scientists have developed a method for determining the efficacy of anticancer drugs.

The technology will help to understand the reasons for the resistance of cancer cells to anticancer drugs.