Molecular superelement: a new key for the targeted therapy of brain cancer in children 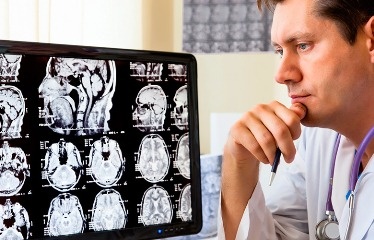 Ependymoma refers to a heterogeneous group of cancers that can occur at any age, but affects mainly children. The causes of this typeof brain cancerare not known, and therapeutic methods do not exist. Scientists from the Children's Cancer Center in Hopp NCT Heidelberg (KiTZ) in collaboration with colleagues from the USA and Canada have developed a molecular approach, which opens up new prospects for treatment.

Targeted therapy of cancer medicine is often based on the sequencing of the genome of the tumor - a method that allows the identification of targets for precision products. However, in some types of cancer, these structures have not yet been found. This includes ependymoma, a group of brain tumors that are considered to hardly amenable tochemotherapy treatment. It is therefore essential to find other methods of treatment.

When searching for therapeutic approaches in the treatment of ependymoma scientists try alternative ways. Testing new variant, they are examined in greater detail so-called enhancers, genome regions that regulate gene activity, eg, acting as a docking site for regulatory proteins (transcription factors). enhancer enhancer group with a strong potential for major cellular processes called superusilitelyami. They have been associated with the development of other types of cancer.

"Using the methods and epi-genetic analysis for the study of 42 samples of ependymoma, we found nearly 1,700 super-enhancers, and carried them to a certain molecular groups ependymoma," - Kool said Marcel, who is the leader of the group in the Department of Pediatric neurooncology German Cancer Research Research Center (DKFZ). "Subsequently, we have demonstrated that many of these super-enhancers affect the activity of genes involved in cancer development."

The researchers then looked at in more detail the 15 most commonly used super-enhancers. They showed that these enhancer elements regulate molecules involved in major cellular processes, and can therefore be used as targets for targeted therapies. "We were able to interrupt the regulatory schemes that are responsible for the development of ependymomas, using specific agents As a result, the cancer cells growth slowed and finally died,." - said Paytler Christian, leader of the group in the Children's Department of neurooncology DKFZ and scientist from Kitz.

Stefan Pfister, head of DKFZ and senior physician at the Heidelberg University Hospital, said: "The research results offer the promise of completely new treatment options for children with ependymoma, a group of tumors, for which until now we did not have a good approach to medicine based on treatment. "

Scientists have published the newborn babies of brain images online so that other researchers have used the data in their research.