Men with a history of cancer, will be able to have children 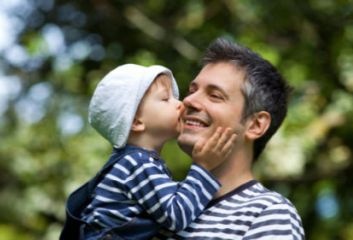 Researchers have discovered a way to grow human stem cells destined to become mature sperm in the future to provide fertility options for men who are diagnosed with cancer and are undergoing chemotherapy and radiation in childhood. The results are published today in Nature Communications from the team led by Sandra Roem, Ph.D., associate professor of cancer biology at the Medical School of the University of Pennsylvania Perelman and co-leader of the Tumor Biology Program at the Abramson Cancer Center .

"For many years, researchers have tried to find ways to grow and expand those cells from testicular biopsies, given to young patients before their cancer treatment, but so far has not been consistently successful approach," - said Ray.

According to the American Cancer Society, about 1 out of 530 young people aged from 20 to 39 years old are victims of cancer in childhood. Cancer treatments leave most of the boys infertile because chemotherapy and radiation often kill the stem cells that produce sperm (SSC). Although there are ways to preserve fertility in males diagnosed with cancer after puberty, no such option for young boys.

"We have never had options fertilization for young boys", - said study co-author Jill Ginsberg, MD, a pediatric oncologist and director of the Cancer Survival Program at Children's Hospital of Philadelphia. "The results of this work - a great first step for our youngest patients."

The researchers knew that sperm production could be restored in mice that are sterilized after treatment by the chemotherapeutic agent busulfan injection of immature sperm from a donor into their seminal tubules disposed in the testes. For this reason, oncologists have suggested that the SSC could meet the boys before the start of chemotherapy and re-entered in their testes, when treatment has been completed. However, in the tests boys contains such a small amount SSC, that in order for this approach to be successful, the cells had to be grown and to reproduce in the laboratory followed by re-injection.

Given these challenges, the team identified testicular endothelial cells to maintain and expand human SSC in the laboratory. More importantly, they have also identified five growth factors produced by testicular endothelial cells, which are necessary for the conservation of living cultures SSC human and mouse for a long time. In the end, the patient samples can be expanded and then frozen as long as it will not be necessary.

Mouse cells in long-term culture of reconstituted mice after chemotherapy-induced ability to produce sperm infertility. Ultimately SSC were functional, as demonstrated by the birth to live young mice transplanted with SSC and growth factors.

"Our next step - to determine if we can re-introduce or transplant the expanded SSC in patients after they are free of cancer" - Rem said.

Urology in Israel - the necessary diagnostic procedures, the main types of operations, including laparoscopic and robotic.