Researchers consider it appropriate to treat cancer of the pancreas, using one drug to make cancer cells depend on one source of energy, and the other - to take it from them. Simultaneous use of two types of medicines can help fight the disease. 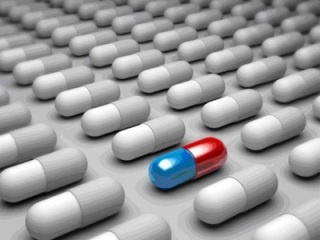 After a recent study on mice in the laboratory approach looks promising. The researchers hope that the results will create new options for cancer treatment, which usually has a poor prognosis. In the United States, only about 8.5% of the people live more than 5 years after diagnosis. Kirsten Bryant, author of the study, says that there is still a lot of work, and left a lot of safety issues and efficacy of drugs.

The pancreas produces enzymes and hormones that help digest food and control blood sugar. According to the Centers for Disease Control and Prevention, pancreatic cancer is one of the 10 most common types of cancer that occurs in both men and women, and it accounts for about 7 percent of all cancer deaths.

Pancreatic cancer is difficult to detect in its early stages. Deep-seated organ in the body means that the tumor is not easy to find in conventional studies. When symptoms appear, cancer may have spread, making it difficult to cure.

New research devoted autophagy, a process by which cells processed waste material, whereby energy is released. Researchers have developed and tested a strategy causing cancer cells use autophagy as the main energy source, and then blocking it.

They used a single compound to prevent cancer cells use other energy sources, and then a second compound that blocks them.

In fact, the new strategy can enhance autophagy inhibitors effective as a treatment for cancer. Previous studies have shown that a key factor for pancreatic cancer are mutations in the KRAS gene. However, when the researchers tried to develop therapies aimed at the mutation, they were not as effective.

Meanwhile, according to other research, autophagy is more active in pancreatic cancer gene with a mutated KRAS. But attempts to indirectly block autophagy inhibitor using hydroxychloroquine also not yielded results. Scientists speculate that the reason for unsuccessful trials of hydroxychloroquine was that the cells were switched to another source of energy.

The researchers tested their theory and found that makes the cells more dependent on autophagy and restrict their ability to use other sources of energy. The command is then found that the combination of compounds which blocks KRAS signals autophagy inhibitor hydroxychloroquine works even better.