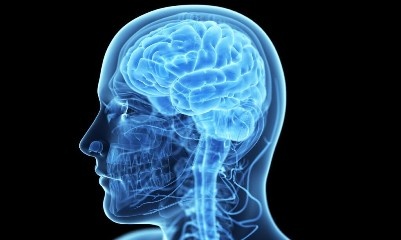 Scientists have discovered a chemical compound that cuts off the "energy" of glioblastoma cells that causes them to self-destruct.

Glioblastoma - a deadly form of brain cancer. Glioblastoma tumor arise from the tissue that supports the brain itself, which receives an adequate supply of blood. This makes cancer is particularly difficult to treat; Malignant cells multiply very quickly.

The median survival of patients with this aggressive cancer is 10-12 months. According to some studies, the 5-year survival rate of less than 10 percent.

For information on how to carry out the treatment of glioblastoma in Israel, the best specialists of the country, leave a request and we will contact you shortly.

However, new research conducted by an international team of scientists may have found a way to stop the spread of cancer cells. New synthetic chemical compound called KHS101 disables "power supply" on cancer cells.

Heiko Vurdak the University of Leeds in the United Kingdom led the study, which was published in the journal Science Translational Medicine.

Laboratory experiments have found that KHS101 destroys the mitochondria of cancer cells. Also known as "plant cells", mitochondria are tiny organelles responsible for the conversion of nutrients into energy. Interrupting the good functioning of the mitochondria, KHS101 prevented this toplivosrabatyvayuschemu metabolism and led to self-destruction of cells.

"When we started this research, we thought that KHS101 can slow the growth of glioblastoma, but we were surprised to find that the tumor cells are largely self-destruct when exposed to", - says Vurdak.

Next, the researchers wanted to see whether the compound is able to penetrate the blood-brain barrier, which is a "barrier between brain blood vessels (capillaries) and the cells and other components that make up the brain tissue."

This barrier is necessary because it helps to protect the body against pathogens such as bacteria and viruses. However, the barrier can be an obstacle when the experts are trying to introduce drugs. Thus Vurdak and colleagues transplanted human cancer cells in mice treated with compound and to study its effects.

Rodents treated with compound had a 50-percent reduction in their tumors as compared to rodent placebo. KHS101 really can cross the blood-brain barrier. Mice that received KHS101, survived, and healthy tissue around the tumor remained unchanged.

Importantly, the researchers also found that the connection was successful in the treatment of different genetic variations of cells in tumors.

"This is the first step in a long process, but our results open the way for drug developers to begin exploring the use of this chemical, and we hope that one day it will help extend the life of the people in the hospital."

Professor Richard Gilbertson (Richard Gilbertson) - an expert on brain tumors in the non-profit organization Cancer Research UK, who was not involved in the study, also commented on the new findings, saying: "Treatment of glioblastoma decades practically unchanged, so there is an urgent need for preclinical research, like this one, to identify and characterize potential new drugs. "

"Although the results are encouraging - adds Professor Gilbertson - as a pilot of a chemical required more rigorous testing and refinement KHS101 prior to testing in humans."

In the United States nearly 23 000 adults have been diagnosed with a brain tumor in 2015. Of all primary brain tumors of more than 50 percent - of glioblastoma.