The new drug compound will help in breast cancer 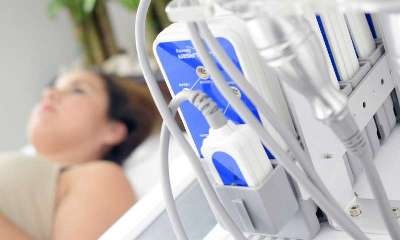 New drug compound increases the efficiency of standard cancer treatments and demonstrates excellent tolerability in laboratory tests, providing the basis for further clinical development. The mechanism of action of this compound is based on the reactivation of the natural programmed cell death, or apoptosis, which is "turned off" by many cancer cells, leading to their uncontrolled proliferation. The study was conducted by researchers from the University of Medical Sciences them. Karl Landsteiner, Heidelberg, University, Harvard Medical School, Children's Research Hospital St. Jude and others.

When developing new anticancer drugs is important to balance the pluses (removal of malignant cells) and cons (permanent damage to healthy tissues). The new study, researchers demonstrated the high activity of the drug against breast cancer in combination with its excellent tolerability, especially in combination with the approved drugs. These results are based on previous studies of the same scientists who found that Mcl-1 antiapoptotic protein often overexpressed in tumor cells, may be a therapeutic target in breast cancer. Recently published findings open the way for the further development of an agent for derivatives of further clinical applications.

The treatment causes the death of cancer cells

"The test substance again makes breast cancer cells," mortals ", so it not only reduces the life of the tumor cells, but also prevents the development of resistance to certain anticancer drugs" - the researchers reported.

Many research groups and pharmaceutical company focused on the development of agents targeting Mcl-1. However, their clinical application is difficult because of significant side effects, in particular thrombocytopenia and cardiotoxicity. Now, scientists have studied the EU-5346 toxicity in laboratory conditions. It was found that the new drug was less toxic to the heart, blood and nerves, than other substances aimed at Mcl-1.

Cells often become resistant to conventional drugs, such as tamoxifen, trastuzumab and paclitaxel. The scientists tested the effects of anticancer drug combinations containing the EU-5346. It was found that the above formulations, in combination with the EU-5346, improve or re-activate their antitumor effects.

Scientists believe that the new EU-5346 substance can help not only in the treatment of breast cancer, but other cancers.