The new mechanism of the genetic risk for schizophrenia 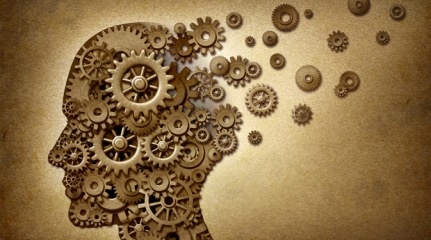 A new study revealed a DNA regions associated with changes in gene expression regulation underlying schizophrenia. Involved areas promote the development of the disease by affecting the alternative splicing part of the process, which broadcasts the same DNA code in several proteins. Understanding molecular etiology of schizophrenia, published Feb. 27 in Nature Communications, will allow more accurate classification of genes associated with brain diseases.

Alternative splicing, a complex mechanism in the brain and the body, allows a single gene to produce proteins, and its malfunction contributes to the development of several diseases. Genetic variants, called sQTLs, control alternative splicing process, but so far the effect of these variants in the brain is not well understood. Scientists from the Institute for Brain Research and the RIKEN Yokohama City University, Japan, have made the list of sQTLs in samples of human brain tissue.

Lead author Atsushi Takata and his colleagues began by sequencing the RNA obtained more than 200 people who do not suffer from a mental illness of the brain tissue. They first identified thousands of single nucleotide polymorphisms (SNP), common genetic variants that play a role in the formation of messenger RNA and alternative splicing. We believe that sQTLs help us understand the genetic architecture of psychiatric disorders such as schizophrenia, says Tadafumi Kato, senior author and director of the research group.

Scientists have studied the interaction sQTLs with known genetic regulatory elements. Previous studies have shown that other genetic variants QTLs, such as eQTLs and mQTLs, contribute to the development of schizophrenia, said Takata. The new discovery adds sQTLs genetic mechanism that explains the risk of schizophrenia.

The study is based on statistical associations, so the next step is the experimental confirmation of the functions identified sQTLs and the impact on alternative splicing. Scientists have identified genes (NEK4, FXR1, SNAP91 and APOPT1), which contribute to neurotransmission, development of the nervous system, and programmed cell death.

Enrichment sQTLs in areas associated with schizophrenia, indicating that these variants contribute to disease risk, says Kato. But this is only one part of the genomic landscape of a complex brain disorder. With this approach it is possible to identify additional candidate genes and genetic variants outside a region of the brain, as well as be used to create animal models of disease.

Whether the brain is static or different areas of functioning in different ways? Scientists have studied brain activity at rest and at work.

A study on the side effects of psychotherapy

Swedish researchers looked at the side effects of therapy.

Researchers have found the genetic basis of the aging rate

With increasing life expectancy the main problem is the prevention of functional disorders associated with age.