A new drug for a complex type of blood cancer

At the end of 2018 Management on sanitary inspection by the Food and Drug Administration has approved a new drug for intravenous administration tagraksofusp (Elzonris, Stemline Therapeutics), for the treatment of blast plazmotsitoidnogo neoplasm of dendritic cells in the blood cancer.

For information on how to carry out the treatment of blood cancer in Israel, the best specialists of the country, leave a request and we will contact you shortly. 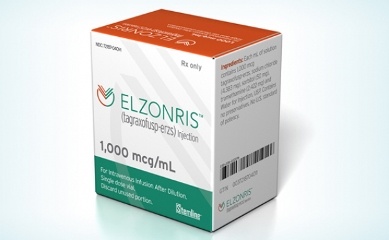 It was the first approved treatment for aggressive hematologic cancer, which has a tendency to leukemia, skin tumors.

Now the data on efficacy and safety, which formed the basis for the approval of the Office of the Food and Drug Administration, were published online April 24 in the New England Journal of Medicine.

To date, the standard treatment for the disease is difficult to diagnose intensive chemotherapy regimen followed by bone marrow transplantation, the authors explain, led by Joshua Pemmaraju, MD, of the University of Texas Anderson Cancer Center, Houston.

But experts note that the regimens are poorly tolerated typical patient with blood cancer, the average age is about 70 years old at diagnosis. Furthermore, this approach is associated with high rates of relapse and is not brought long-term use for survival. Although transplantation of allogeneic stem cells demonstrated good results, the process requires an initial chemotherapy. In short, the overall results of the treatment of this cancer have been "disappointing", the authors say.

According to the authors, tagraksofusp, which is a cytotoxin consisting of recombinant human interleukin-3, and diphtheria toxin, now satisfies this need.

In an open study, 47 patients multichannel participated, of which 32 were prepared tagraksofusp as first-line treatment, and 15 - later, after the preceding treatment. All patients were enrolled in the 2014-2017 biennium.

Among 29 previously untreated patients treated tagraksofusp in a dose of 12 mg / kg (the remaining three received a lower dose), the primary outcome was achieved in 21 (72%) and overall response rate was 90%. The average response time was 43 days. Of these 29 patients 45% were subjected to a stem cell transplant.

The primary outcome was the cumulative rate of complete responses and complete clinical response in patients who had not previously received treatment for cancer.

Among the 15 patients treated previously response rate was 67% and the median survival was 8.5 months.

It also creates a new paradigm for treatment, he said.

Agha stressed the fact that 45% of the study patients were successfully connected to the transplantation of stem cells after treatment tagraksofuspom, and that the average duration of response in these patients has not yet been reached.

Pittsburgh clinician also noted that another drug, venetoklaks (Venclexta, AbbVie), was shown in the records of the cases, including one of his patients, for the activity in relapsed refractory.

He would like to see the study of these two agents that have different mechanisms of action, in combination in a primary treatment, as well as supporting research venetoklaks in patients who achieve a complete remission.

The new study, the most common side effects when receiving tagrakofuspa were elevated levels of alanine aminotransferase (64%) and aspartate (60%), hypoalbuminemia (55%), peripheral edema (51%) and thrombocytopenia (49%). capillary leak syndrome was observed in 19% of patients, and two deaths have been associated with this toxicity. But the problem was "managed" with careful monitoring and early intervention, the authors say.

Overall, about half (49%) of the test have at least one major side effect.

The study's authors put the results in a historical context. After the World Health Organization established diagnostic criteria for a rare cancer remission different frequency in different batches ranged from 41% to 55% with various chemotherapy regimes. But the authors note that such remission "usually had a short duration", and the median long-term survival has constantly been at the level of 8 to 14 months.

All study patients received an intravenous infusion at a dose tagraksofusp 7 or 12 mg / kg on days 1 to 5 of each 21-day cycle.

Among 32 previously untreated patients effects tamgraksofuspa average duration was 96 days (2 to 927). The patients in this group underwent an average of five treatment cycles (range 1 to 43).

The authors point out that before this study there were no agreed guidelines to measure response to therapy, specially designed for blood cancer. So, the team developed a set of response criteria, which included an assessment of the most common "sections diseases": the skin, bone marrow, peripheral blood, lymph nodes and internal organs.

Complete response was defined as the disappearance of the disease in each site of the original disease.

The team also received a new result - a clinical complete response - to account for patients who had a complete response to all areas, not related to the skin and clears all skin lesions, but have residual skin abnormalities (not a sign of cancer activity) .