A new step in the treatment of metastatic melanoma 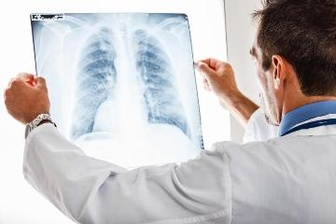 Malignant tumors to spread, the necessary enabling environment in distant organs. This fertile "soil" may serve to house circulating malignant cells. Recent studies have shown that cancer cells from the primary tumor can help in the preparation of the "soil", by sending special bubbles to a new place. These vesicles contain a mixture of molecules which are "trained" healthy cells to those prepared tissue targets for cancer cells. Blocking this process offers a new strategy that could stop metastasis, which is a frequent cause of death from cancer.

For information on how to carry out the treatment of melanoma in Israel,  the best specialists of the country, leave a request and we will contact you shortly.

A new study by the School of Veterinary Medicine, University of Pennsylvania identified an FDA approved drug that, in combination with surgery, prevents metastasis in animal models. This drug was developed and approved 65 years ago to control blood pressure. Scientists have found that it also prevents the fusion of the so-called extracellular vesicles (TEV), allocated to the tumor from healthy cells and sharing of their molecules that contribute to the disease.

"No matter what we do to kill cancer cells, whether it be surgery, radiotherapy or chemotherapy, the data show that stress can stimulate the production of these bubbles. We believe that as an adjuvant to this would be the primary treatment is advisable to limit the impact of these vesicles to healthy tissue, thereby preventing the spread of malignant cells "- the scientists noted.

The results of the study, published in «Cancer Cell», show that the administration of moderate doses Resperine mice with melanoma before and after the operation violated the TEV uptake by healthy cells, reduced the spread of cancer, and prolongs the life of animals.

Previous studies have shown that the TEV promote metastasis and in some cases transform normal cells into malignant ones. However, not every healthy cell, which comes into contact with these bubbles become cancerous. Scientists have hypothesized that healthy cells can "develop" a strategy of protection from this transformation. Such a security mechanism may be the target of anti-metastatic therapy.

In the new study, researchers tried to find out what the surface of human cells the proteins change their number when exposed TEV of melanoma cells. The most significant changes occurred in the IFNAR1 protein components of the interferon receptor type 1. Interferon is used as a cancer therapy, including malignant melanoma and is known to be involved in preventing the spread of the arch.

In laboratory experiments on cell cultures treated with vesicles derived from melanoma patients, not healthy people, reduced levels of IFNAR1. Clinical data have shown that patients with metastatic melanoma often observed decrease in the level of IFNAR1.

To understand how TEV affect reprogramming normal cells, creating a metastatic stage, the researchers used a mouse model having the form of the IFNAR1, resistant to degradation. It was found that these mice resisted absorption TEV and did not develop lung metastases of melanoma tumors. Scientists have discovered that healthy cells of these mice were less absorbed the TEV, since the lipid membrane vesicles do not fuse efficiently with the lipid membrane of a cell.

"At this point we realized that the duration of the uptake of vesicles healthy cells necessary for their" training. "It says that any event that interrupts this absorption of vesicles in normal cells, can disrupt their reprogramming and become antimetastatic" - the researchers reported.

They found that pretreatment of cells 25-hydroxycholesterol (25HC), a compound that induces interferon gives fusion of lipid membranes. Cells exposed 25HC treatment had fewer TEV. Further experiments showed that the path including 25HC and interferon involved in the prevention of reprogramming normal cells TEV.

Because 25HC is rapidly degraded in the body, scientists have continued to search for connection, already approved by the FDA for clinical use in the same way that would violate the TEV absorption. As a result of screening was found Resperine.

Resperine testing in mice with melanoma, researchers injected drug before and after surgery to remove the tumor. Receiving the drug alone (without surgery) had little effect on the growth and survival of the tumor, but in rodents treated Resperine before and after surgery, broken reprogramming normal cells. The researchers reported that the overall survival of these animals has greatly improved, and the treatment is "practically eliminated" signs of metastases in the lungs.