Discussion at AUA treatments for cancer of the prostate

Advances in precision medicine, especially in the tests, which help detect cases of aggressive prostate cancer, will be in the spotlight at the upcoming annual meeting of the American Urological Association (AUA) 2018. 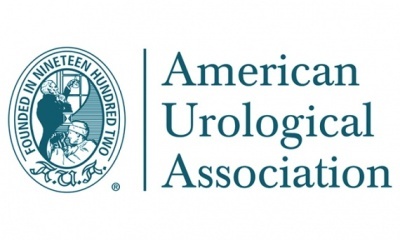 "Precision medicine, managed by genomics, proteomics, mikrobiomikoy and achievements in the field of visualization - this is the theme for many works," - said Manoj Monga, MD, of the Cleveland Clinic, who is the secretary of AEA.

For example, several presentations will be considered the use of multiparametric MRI for prostate cancer. In addition to identifying the anatomy, MRI reveals information about metabolism, water diffusion and perfusion, allowing physicians to more accurately characterize the cancer, she told Medscape Medical News.

In one study, conducted by researchers from Johns Hopkins University in Baltimore, it will be analyzed the percentage of patients with prostate cancer during active surveillance, which could avoid biopsy if multiparametric MRI would be combined with the prostate health index to predict their reclassification in the class of prostate cancer.

In another study, researchers from centers in Japan and the United States consider the negative predictive value of multiparametric MRI.

The results of a multicenter trial will examine the question of whether the protein biomarker may be measured by IsoPSA analysis to distinguish between cancer and high-low.

With the increasing availability of genomic tests precision medicine has become more common in the treatment of prostate cancer and in diagnostic and prognostic methods.

These achievements are not only prostate cancer but also with bladder cancer and kidney cancer.

For example, treatment against a background of non-muscle invasive bladder cancer will attract attention to the discussion.

VB4-845 (Vicinium, Eleven Biotherapeutics), recombinant fusion protein produced in Escherichia coli. An agent binds to the antigen epithelial cell adhesion molecule on the surface of carcinoma cells, where it is internalized and induces cell death by blocking protein synthesis, according to the company. phase 3 study results will be presented at a later session of the abstract.

CG0070 (Cold Genesys), oncolytic adenovirus that replicates in neoplastic cells, causing lysis and immunogenic cell death. cancer cell gap can release antigens derived from tumors along with colony stimulating factor and granulocyte macrophage that can stimulate a systemic antitumor immune response against the body's own white blood cells, according to the company.

But not all studies will focus on cancer.

"I think we'll see that the second wave of the built-up energy on the basis of units used more" - Olum said.

It will be considered susceptible to kidney stones. In addition to genetic factors, communication with the potassium in drinking water will be considered in the study of researchers from Stanford University in Palo Alto, California.

Opioid epidemic will be in the spotlight. They will present evidence-based recommendations on the appointment of opioids after urological surgery, developed by a team from Rochester, Minnesota. And a retrospective comparison of opioids and ketorolac, a nonsteroidal anti-inflammatory drug, in patients with stones from the ureter will be presented by researchers from Chapel Hill, North Carolina.

Hormone therapy for prostate cancer: basic techniques and preparations, indications for treatment, characteristic of treatment options for resistance to the cancer treatment, side effects and mitigation measures.