Hip fracture in the elderly - the verdict? 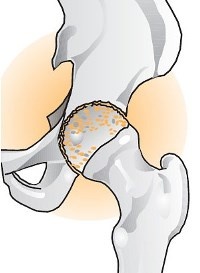 "Almost half of the elderly people who have suffered a hip fracture, will never be able to regain its former activity and independence, as before For those more elderly, or those who have different diseases, the chances are even smaller,." - says victoria Tang of the University of California, US, who led the observational study.

Despite numerous attempts of doctors to return to the process of rehabilitation of former patients to physical activity, many of the elderly fall into dependence on others.

In order to justify as much as possible the elderly person to recover from hip fracture, Tang and colleagues compared the physical condition of more than 700 people over the age of 65 years before and after the injury. Noted factors such as age, state of health, the ability to climb stairs independently, as well as to wash, cook and go to the toilet.

"The possibility of recovery of physical activity is less than 50%, regardless of the previous level, - said Tang -. Particularly low percentage observed in people older than 85 years and those with dementia was observed."

For only 31% of elderly people have returned their previous level of activity; 34 and 41 percent could walk independently and climb stairs (respectively). Among those who were very physically active before the injury, these studies have shown a little more comforting results: only 36% could live more fully without assistance, of which only 29% were themselves able to climb stairs, and 32% - to walk.

Victoria Tan believes that these indicators are very important. Patients themselves, their families and caregivers need to understand the consequences of a hip fracture, to be able to adequately prepare for the return of the patient's home and a realistic assessment of its future physical condition.

"To improve the quality of life and have the opportunity for further medical care, critical at this point is finding the values ​​and goals of the patient in the process of caring for them," - says Victoria, which calls for a more active discussion of this issue.

Based on materials news-medical.net

In America, made an artificial cartilage of the hip joint, the test purged shortly.

An alloy of gold and titanium to replace titanium prosthetic joints, extending the duration of their operation.

Researchers found that 40 years is reduced ability to perceive information about balance and spatial orientation.