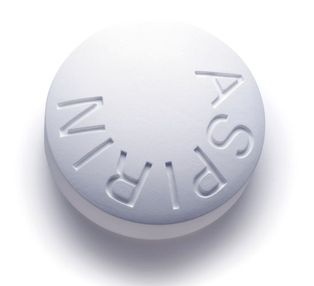 Researchers claim that using aspirin may reduce the risk of cholangiocarcinoma. Bile ducts are thin tubes through which bile flows (yellow-green liquid) from the liver and gall bladder. From there it is transported to the small intestine, which helps the digestive process.

According to the American Cancer Society, cancer of the bile duct is rare compared with other types. Its prevalence is about 2000-3000 people in the United States per year.

However, survival rates for cancer of the bile ducts are low. Over 5 years relative survival with such a diagnosis is only 15%. New same study, recently published in the Journal of Hepatology, suggest the use of aspirin as a means of reducing the likelihood of developing cholangiocarcinoma.

Researchers at the Mayo Clinic in Rochester Medical College Minnesota studied state 2395 patients with biliary cancer, and evaluated on their use of aspirin Example. The data obtained were compared with 4769 healthy people who were matched for age, gender, race and place of residence.

The drug was used in 24.7% of patients with cancer and in 44.6% of healthy people. Thus, those who took aspirin, the risk of developing bile duct cancer was reduced by 3 times.

While scientists can not explain exactly how the drug may protect against cancer. They suggest that cancer risk is reduced due to the anti-inflammatory properties of aspirin. "Chronic inflammation is one of the key elements that contribute to the development of cancer. Aspirin - anti-inflammatory agent, reducing the process by inhibiting the enzyme cyclooxygenase. Previous studies have also shown that the drug blocks other biological pathways that contribute to the development of cancer, "he says.

Scientists say that determine the safety of the use of aspirin requires further study. "The next steps should include population studies, clinical trials, especially in those areas where there is a high risk of cancer. Thus it will be possible to confirm the benefit of aspirin in this case, "according to lead study author Lewis Roberts.

Relapse liver cancer can be predicted by the protein level

The relevance of the research. Results. Possible application prospects.