Abdominal radiotherapy is associated with the development of diabetes

According to a new study conducted by researchers from the Cancer Center Memorial Sloan Kettering, radiotherapy is the tail of the pancreas is associated with an increased risk of developing diabetes. 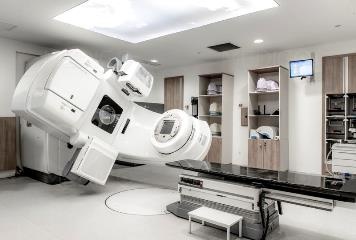 "Our results underscore the need for careful monitoring of the patients throughout their lives, which includes a glucose monitoring in patients undergoing radiotherapy of the abdominal cavity as a child, especially among those who have been diagnosed with cancer under the age of five years" - researchers reported.

Previous studies have demonstrated a link between the risk of diabetes and radiation therapy in the abdominal cavity of patients undergoing cancer in childhood, but the exact nature of this relationship was not clear.

Now, scientists have studied the relationship between the dose of irradiation of the pancreas and the risk of diabetes in 4568 patients who had cancer in childhood and undergoing radiotherapy of the abdominal cavity, as well as in 16,194 patients undergoing cancer in childhood, but have received a different treatment, and 4853 their brothers and sisters.

Among the survivors of cancers that passed abdominal radiotherapy, 2.3% reported their diabetes to achieve 30 years (average), compared to 1.2% survivors who developed diabetes at age 28 (average). In a cohort of brothers and sisters, only 0.8% reported the development of diabetes in approximately 34 years.

Multiparameter analysis showed that older age, higher BMI and a higher average dose tail of the pancreas have been associated with an increased risk of diabetes among individuals who underwent abdominal irradiation.

The patient's age at diagnosis affects this risk. Patients under the age of ten years old, who was diagnosed with cancer had an increased risk of developing diabetes when exposed to higher doses of pancreatic tail. Patients who have been diagnosed with cancer after the age of 15 years had a significantly increased risk of developing diabetes at different doses of radiotherapy tail of the pancreas.

"We are currently working on creating a comprehensive risk prediction models based on this study and includes demographic, therapeutic and genetic factors to determine which patients with a history of cancer in childhood, are at the highest risk of diabetes," - said the scientists.

In survivors of pediatric cancer may be at increased risk of cardiovascular disease due to the irradiation of the mediastinum or receiving such drugs as cis or carboplatin and Doxa / epirubicin. Diabetes is another risk factor for cardiovascular disease, and carries the risk of serious complications, "- added the researchers.

They noted that patients should be monitored regularly by a doctor and tested for the presence of diabetes to achieve 30-40 years, and in some cases be treated with oral agents that reduce glucose levels.

Scientists also added that the pancreas is particularly sensitive to radiation damage, and high doses of the most dangerous. The tail of the pancreas, in turn, is the most "gentle" section, and its exposure should be avoided if possible.