Skin cancer may signal an increased risk of other cancers

According to a preliminary study by researchers at Stanford University, people who develop abnormally high incidence of skin cancer known as basal cell carcinoma, significantly increase the risk of other cancers, including cancer of the blood , Breast, colon and prostate.

The researchers found that increased sensitivity is caused by mutations in the group of proteins responsible for DNA repair damage. 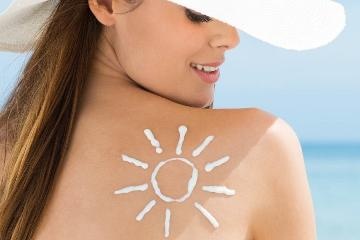 "We found that people who develop six or more basal cell carcinoma over a 10-year period, nearly three times more likely than the general population to develop other, unrelated cancers," - says MD Kavita Sarin, Ph.D., assistant professor of dermatology. "We hope that this discovery could be a way to identify people at risk for life-threatening malignancy prior to the development of these cancers."

Sarin is the senior author of the study, to be published online August 9, JCI Insight.

The skin - the largest organ of the body and are most vulnerable to DNA damage caused by ultraviolet rays of the sun. It is impossible to completely avoid exposure to the sun, however proteins, reducing DNA damage are important for preventing skin cancer, such as basal cell carcinoma.

In most cases, this system works well. But sometimes the repair team mozhetuspevat. Basal cell carcinomas are common - more than 3 million cases a year are diagnosed in the United States - and usually respond well to treatment.

Sarin and Cho wondered whether the skin to help identify overall susceptibility to cancer. "The skin is essentially an experiment for goeth mutagenesis", - said Sarin. "This is the best body to detect genetic problems that can lead to cancer."

Sarin and Cho studied 61 people treated with Stanford Health, unusually frequent basal cell carcinoma - an average of 11 per patient over a 10-year period. They examined whether these people have mutations in 29 genes that encode proteins restore DNA damage.

"We found that about 20 percent of people with frequent basal cell carcinomas have a mutation in one of the genes responsible for the recovery of DNA damage, as compared to about 3 percent of the general population It's awesome, a lot -. Said Sarin.

In addition, 21 of the 61 people reported the stories of additional cancers, including blood cancer, melanoma, prostate cancer , Breast cancer and colon cancer.

To confirm the results, the researchers applied a similar analysis to a large database of health insurance compensation data. More than 13,000 people in the database had six or more basal cell carcinoma; These people were also more than three times more likely to develop other types of cancer, including colon cancer, melanoma and blood. Finally, the researchers identified an upward trend: the more basal cell carcinoma is reported to the individual, the more likely that the person had other cancers.

"I was surprised to see such a strong correlation - Sareen said." But now we can ask patients with recurrent basal cell carcinoma, if they have a family member with other cancers, and may assume that they need to undergo genetic testing, and advanced screening. "

Researchers continue to register Stanford patients in the study, which continued to know whether certain mutations associated with the genes responsible for the recovery of DNA damage, development of specific malignancies. They would also like to conduct such a study in patients with frequent melanoma. But they stressed that there was no reason to worry people with sporadic basal cell carcinoma.

Treatment of colorectal cancer in Israel

Treatment of colorectal cancer in Israel, under the leadership of Moshe Inbar offers Assuta Hospital.