The spread of metastases in cancer 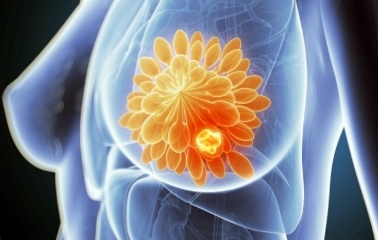 Sometimes negative results may point researchers in the right direction. The results, published in PLOS ONE September 4, 2018, scientists from the Medical University of South Carolina (MUSC) have investigated a protein called kinase 1 associated with VRK1, which, according to their hypothesis was important in metastasis. They found that instead of cancer cells migrate and invade other parts of the body, overexpression VRK1 had the opposite effect.

However, this behavior may help the cancer spread to other parts of the body, according to the Director of Research and Professor Hirschman Professor Paula Traktman in Cancer Center, MUSC Hollings.

Traktman start with the idea that a high level of VRK1 may be associated with breast cancer. Other studies have suggested it, and own work Traktman showed that VRK1 depletion causes cells to grow more slowly and cause fewer tumors and fewer metastases in mice. Based on these results, Traktman wanted to see how the cells will grow when VRK1 is too pronounced. "The logic was that if we over-express VRK1, perhaps, the cells will grow faster, and perhaps they will be invasive and migratory and promote metastasis" - Traktman said.

To their surprise, they found that the opposite is true. When they are excessively VRK1 expressed in mammary epithelial cells grown in tissue culture plates, the cells did not grow faster than cells with normal levels VRK1. And, contrary to their hypothesis, the cells tend to migrate and invade much slower. But when nadrektory VRK1 were cultured in three-dimensional conditions simulating cloth, they grew faster and more established large colonies. Intrigued Traktman considered in more detail the characteristics of these cells. She examined a sign of cancer cells known as epithelial-mesenchymal transition, or EMT. Many cells undergo EMT on the path to cancer cells. The transition allows them to migrate from the tumor.

They noted that the high-VRK1 cells were more prone to formation of compounds from cell to cell, and had lower levels of mesenchymal markers are often present in cancerous cells. Rather, the cells seemed to be subjected to the opposite transition from mesenchymal to epithelial. The cells were much less likely to migrate.

These negative results of these researchers in a new direction. If a high level of VRK1 forced cancer cells to migrate more slowly, perhaps, VRK1 was necessary in order for cells to colonize a new area of ​​the body. In this process, the cancer cells spread throughout the body, will have to abandon features that cause them to spread and take signs of cells that would secure them in place. This behavior allows metastases to start growing elsewhere in the body.

To confirm his new hypothesis Trakman teamed up with pathologist AK McKinnon at the Medical College of Wisconsin. McKinnon gave the team the cells from patients with breast cancer that had metastasized to the lymph nodes. They found much higher levels VRK1 metastases in the lymph nodes than in primary tumor cells. In addition, they studied the expression levels VRK1 in public databases of breast cancer and found that a high level of VRK1 associated with the most aggressive types of cancer. Such high levels were also associated with the worst prognosis in patients with metastatic breast cancer.

Trakman summarizes this process. "In order that the tumor was aggressive, some of the cells had to stop the primary tumor and invade through the surface and into the bloodstream, and then from the blood stream and find a new site," - said Trakman. "In order to form metastases in the new area, the cells must cease to be strangers and colonize." And it is possible that the expression of such VRK1 allows cancer cells to colonize new organs in the body.

This finding may be applicable to other types of cancer such as brain cancer , and liver cancer. In fact, high levels VRK1 found in certain types of liver cancer. These results justify the search for small molecules that can inhibit VRK1. In addition, VRK1 may one day become a biomarker for aggressive cancers which thus can inform oncologists, as they solve more advanced or conservative treatments.