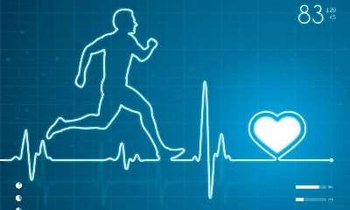 Depression is associated with cardiovascular complications, but, according to a new study, if patients suffering from depression attend courses cardiac rehabilitation after cardiac surgery , the risk of death is greatly reduced.

Results of the study presented November 13 at the Scientific Session of the American Heart Association in 2016 in New Orleans.

"We believe that cardiac rehabilitation helps patients manage themselves as returning to work and life, - he said. - This due to the fact that there is a support group of other patients, as well as exercise and physical activity under the supervision of experienced staff. When patients leave the house after the operation and come to the place where their job is to treat it not only improves the physical condition, but emotional health. "

Studies show that patients who attend rehabilitation courses after surgery, reduced by half the risk of death. Nevertheless, further scientific studies are required to determine whether it affects other factors.

The research team used data on 118 patients who underwent heart surgery that completed the survey during outpatient visits before surgery.

Patients were categorized according to the survey results. After the surgery, they were under surveillance.

Among patients with moderate or severe depression participated in cardiac rehabilitation courses has significantly reduced the risk of death up to 74 percent.

Many women do not know when to start making heart screening

At what age to start making heart screening? The study showed that the majority of women do not know about it.

How the human brain reacts to deprivation (deprivation) sleep

What processes take place in the human brain with the lack of sleep? During the experiment, the subjects were up 52 hours.

The program for the simultaneous treatment of obesity and depression

Australian Institute for the first time hold a program that combines treatment of depression and obesity.

A genetic variant associated with muscle pain while taking statins

Treatment of patients after a heart attack depends on Cancer