Relapse of testicular cancer can be avoided, reducing by half the dose of chemotherapy

Recent clinical studies have shown that relapse testicular cancer can be avoided even at the reduced dose of chemotherapy.

For information on how to carry out the treatment of testicular cancer in Israel,  the best specialists of the country, leave a request and we will contact you shortly. 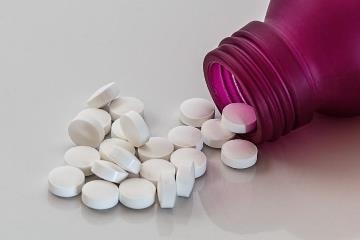 Many men who have undergone surgery for an aggressive form of testicular cancer, the disease can metastasize and in need of intensive care, sometimes for two years after the initial diagnosis.

New research has shown that the passage of one cycle of chemotherapy is just as effective for the prevention of relapse of testicular cancer in men, as well as two standard cycle. It is imperative that the reduction in the overall impact of chemotherapy reduces the severe side effects, the number of hospitalizations and treatment costs.

In a study conducted by the Institute of Cancer Research in London, was attended by about 250 men with early-stage testicular cancer at high risk of relapse. The study was published in the journal European Urology.

Testicular cancer is the most common cancer affecting young men, and many patients are diagnosed between the ages of twenty to thirty years. After surgery, patients are encouraged to two cycles of chemotherapy to destroy all cancer cells. The survival rate is high, but many men have to live with the long-term side effects for decades.

In the new study, patients underwent a three-week course of combination chemotherapy (bleomycin, etoposide and cisplatin). The researchers examined the percentage of men with testicular cancer had returned within two years after one course of chemotherapy, and compared these relapse rates with those of previous studies in patients who took two cycles.

The researchers found that only three men (1.3%) cancer has returned after treatment. Figure is almost the same as in previous studies using two cycles of chemotherapy.

In the new study, 41 percent of men who have passed a course of chemotherapy, experienced one or more serious side effects of the treatment, including an increased risk of infection, sepsis and vomiting. Only a small number (six patients, or 2.6 percent) experienced long-term side effects such as damage to hearing. Lower doses of chemotherapy are associated with a reduced incidence of side effects.

Professor Robert Huddart, professor at the Institute of Cancer Research, said: "Men with testicular cancer who are at high risk of relapse, usually treated with two cycles of chemotherapy, but the new study found that one cycle is sufficient to stop the swelling. Lower total doses of chemotherapy can save young people from long-term side effects, but also means that they will need to visit the hospital often. the new study is already changing clinical practice on a global scale, it is intended to improve the quality of life of patients and reduce the cost of treatment of testicular cancer.

Chris Taylor, 35 years old, underwent treatment after surgery. "Despite the fact that my prognosis was good, it was really scary, and it was important for me as soon as possible to return to a normal life. When I was offered a lower dose of chemotherapy without greater risk, I agreed. Side effects were severe, but five years later I am still in good shape Possible to reduce the dose of chemotherapy significantly affects quality of life, both in the short and in the long term, "-. he says.

Urology in Israel - the necessary diagnostic procedures, the main types of operations, including laparoscopic and robotic.