The risk of death in elderly people living with their relatives, is lower than that of single 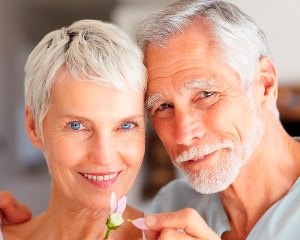 Relatives living with the elderly, reduce the risk of sudden death of the elderly. This is indicated by the authors of the study from the American Sociological Association. James Ivenyuk argues that older people, surrounded by care and attention of families, have less chance of death from the age factor. In this case, the presence of friends in an environment plays a similar role, and does not affect the duration of life. This fact is the same for healthy elderly and those who are being treated for cancer, coronary heart disease and other complex diseases.

the elderly who participated in the study were asked to name up to five relatives to help them overcome difficulties in everyday life. The nature of each relationship should describe in detail and indicate how close link exists. The average number of close was 2.91 people per elderly, not counting spouses. The indicator of the elderly said that do not feel lonely and feel the support of loved ones, without experiencing difficulties in taking care of themselves and the implementation of basic household duties.

A study of elderly lasted for 5 years. Research has shown that people without the inner circle had a risk of death of 14%. And people who felt the attention of relatives, not exceeded for the risk of death by 6%. The experiment showed that a greater number of relatives in the environment reduces the rate compared with a smaller number of close friends. Persons with spouses, children and grandchildren surrounded had every chance of longevity provided that the relationship in a happy family.

Such an assumption with regard to friends has not been confirmed, although initially the researchers believe that the presence of friends, which the respondent chooses a positive effect on life expectancy. But he indicated the hypothesis was not confirmed.

Had undergone cancer patients are at risk to gain weight

US scientists have identified morbid obesity in people with colorectal cancer history. In the group of patients with the risk of breast cancer and prostate cancer.

Have a Created Scientists database DrugAge , the Containing information about the medications That Prolong life:.

Volunteer work reduces the risk of dementia in the elderly

Volunteer work reduces the development of dementia, as people continue to use mental abilities.

How marriage can make the life of a cancer patient longer? Approval of the scientists. Statistical data. Unexplained mechanisms.