Mortality from lung cancer will increase by 2030 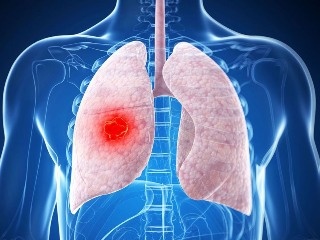 Scientists predict that global deaths from lung malignancies among women will increase by 43% from 2015 to 2030. It is also assumed that the mortality rate from breast cancer, the age-standardized to decrease by 9%.

"Although we have made great strides in reducing mortality from breast cancer in the world of lung cancer deaths among the fairer sex continues to grow, - the scientists - If we do not take measures that reduce smoking in this population, the number of deaths caused by malignant tumors of the lung, will increase. "

In the new study, the researchers analyzed data on deaths from malignant tumors of the breast and lung from the database of the World Health Organization from 2008 to 2014. To become a "participant" in the study, countries were required to provide data for at least four years (2008-2014) and have a population of at least one million people. Fifty-two countries have met these requirements: 29 from Europe, 14 from North and South America, seven from Asia, two from Oceania.

According to forecasts, the number of deaths from lung cancer among women increased from 11.2 in 2015 to 16 in 2030, the highest death rates are predicted in Europe and Oceania, and the lowest - in America and Asia. Only in Oceania is projected to decrease mortality from malignant tumors of the lung, from 17.8 in 2015 to 17.6 in 2030.

The scientists also suggest that global deaths from breast cancer will be reduced from 16.1 in 2015 to 14.7 in 2030. The highest rate in Europe is projected to the general downward trend, while the lowest - in Asia, with a tendency to increase.

"Breast cancer is associated with a number of lifestyle factors - the researchers note. - We are seeing increasing number of deaths from the disease in Asia, as its population begins to move to the western diet. This contributes to obesity and excessive alcohol consumption, which may lead to the development of malignant breast tumors. On the other hand, we have recorded a decrease in mortality from breast cancer tumors in Europe, which is caused by an increase in public awareness of, and active participation in screening and improved treatment. "

In comparison with the countries of middle-income countries with high levels of income will have the highest death rate from lung and breast cancer in 2030.

The findings can help health care professionals and the political parties to adopt global strategies to reduce the social, economic and health consequences of lung cancer among women in the future.