Survivors of the treatment of prostate cancerare the largest group, 41% of cancer among male patients. These survivors of early detection of recurrence can lead to life-saving interventions, but in older men who have survived cancer at low risk and have a limited life expectancy, the same intervention can do more harm than good.

For information on how to carry out the treatment of prostate cancer Israel the best specialists of the country, leave a request and we will contact you shortly. 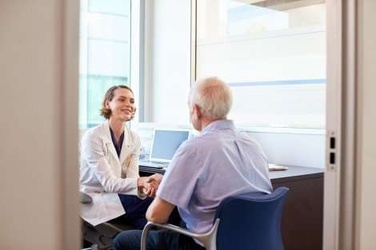 However, when the researchers UC San Francisco analyzed the current practice of monitoring, they found that physicians use an approach based on the same level as for monitoring, - performing the same test frequency, regardless of the status and the forecast of a survivor. In the new study, the researchers recommend that physicians individually adapted as often elderly people who have undergone treatment for prostate cancer should undergo screening for disease recurrence.

This is the first study that suggests the need for guidelines to promote antigen-specific prostate monitoring (PSA), which takes into account life expectancy, the risk of recurrence, as well as the values ​​and preferences of cancer survivors, rather than an approach based on the same level. senior author Louise Walter, MD, head of the department of geriatrics geriatrics at UCSF and related medical San Francisco health care system.

Once it was carried out surgical treatment of prostate cancer , or radiation therapy for prostate cancer, Some evidence suggests that the intervention given immediately after the early detection of recurrence based on elevated PSA levels may improve survival. But PSA monitoring can lead to complications from invasive diagnosis or treatment and may even be necessary in elderly men with a history of low-risk disease, or limited life expectancy.

In the study, Walter and her colleagues examined national data VA and Medicare 13 397 men aged 65 years and older with a diagnosis of prostate cancer during the period from 1 January 2003 to 31 December 2008, who were treated with radiotherapy or radical prostatectomy. All participants were followed for four years after the first year after the end of treatment.

Men with a limited lifespan receiving treatment for low-risk cancer, the least affected by relapses of the disease throughout their lives, making them more likely to get injured by observing PSA. Nevertheless, these men received only slightly smaller amount of PSA tests per year, compared with men with a longer life expectancy, who had been treated at high risk of cancer, a group that is likely to benefit from monitoring.

The researchers note that the most consistent predictor of the frequency of monitoring was the time elapsed since the treatment is somewhat reduced every year and not every patient characteristics. Narrow range of PSA monitoring frequency on the characteristics of patients and tumors indicates a small individualisation in the way clinicians now control the recurrence of prostate cancer in older men, Walter said.

Most of the men received about two PSA test per year, which is consistent with current guidelines. The researchers hope that their study will encourage the new guidelines, which will focus on the greater approach to monitoring.