As the results of studies, the addition of nab-paclitaxel in combination gemcitabine and cisplatin may prolong survival in patients with biliary tract cancer.

For information on how to carry out the treatment of gallbladder cancer in Israel, the best specialists of the country, leave a request and we will contact you shortly. 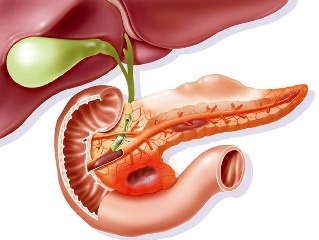 However, in an accompanying commentary, Mark Roth and Laura Goff urge caution when interpreting the results as long as they are not confirmed during the Phase 3 study.

Since overall survival for patients treated in accordance with the standard of less than 1 year, the authors note that the best options are needed. However, doctors and patients need to understand that as long as long-term advantages over current therapy is not clear. Study 2 phase is more related to the dosage and toxicity, than with the analysis efficiency.

biliary tract cancer is quite rare, but it has a poor prognosis because the aggressive form of cancer is often detected only in the later stages.

"It is about 9 years old we are using gemcitabine and cisplatin as a basis for the treatment of malignant tumors of the biliary tract", - says Shroff.

The study involved 60 patients who were given gemcitabine, cisplatin, and nab-paclitaxel. Since the first 32 patients who were included in the study were hematologic side effects, the doses were reduced. Partial response was 45% and the disease control rate was 84%. According to Shroff, the extra months of life, which show early results are invaluable for patients.

The researchers decided to test the nab-paclitaxel, because he was very active in pancreatic cancer, which is also characterized by a dense stroma cells that protects the tumor by chemotherapy.

Mark Roth noted that for other malignant neoplasms are increasingly used immunotherapy and small molecule inhibitors, whereas for biliary tract cancer treatment is still based on systemic chemotherapy, and any improvements are crucial.

In the third phase of clinical study, the researchers will compare the detail whiter combination of two or three drugs.

Treatment of liver cancer in Israel

The program is the main therapies in the treatment of liver cancer. Surgery, chemoembolization, immuno- and palliative therapy, injection of ethanol.