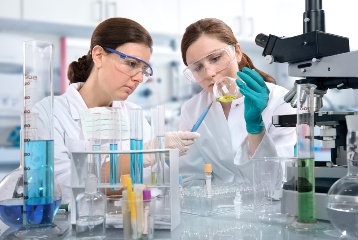 After testing more than 200,000 chemical compounds, researchers Simmons Cancer Center have identified 170 chemicals that are potential candidates for drug development of lung cancer.

The project provides for the identification of new therapeutic targets for nonsmall cell lung cancer, as well as potential drugs for this purpose. "For most of the compounds we have identified prognostic biomarker that will help develop individual treatment for each patient," - said Dr. John Minna, director of the Center for Research in Medical Oncology Hemona Southwestern Medical Center of Utah.

Non-small cell lung cancer, cancer of the type considered in this study, is approximately 85 percent of all lung cancers. In 2017, lung cancer was the cause of 26% of all cancer deaths.

Using a unique library of easy Southwestern cancer cells Utah Medical Center, which is now the largest in the world, the researchers looked for compounds that would kill cancer cells but did not harm normal cells of the lungs.

"We started the project in order to identify three factors: chemicals that kill cancer cells, biomarkers that predict the effectiveness of treatment, and therapeutic purposes, the active chemical compounds," - said Dr. Minna.

Disclosure of the mechanism of action for most of the 170 chemicals will be a key area of ​​future research. Subsequent work involves testing chemicals on other types of cancer. Preliminary work indicates that certain of the compounds are effective against certain cancers of breast and ovarian cancer. The project results will be published in the journal Cell.

Dr. Minna with his partner researcher Dr. Adi Gasdarom, professor of pathology, carefully developed the collection of cell lines of lung cancer, which is now recognized as the largest in the world and on the basis of which the study was conducted.

"Almost all cancer research focused on genes, we also started with potential drugs," - says Dr. Michael Roth, professor of biochemistry. A team of scientists began by testing 200,000 chemicals, working against the 12 cell lines of lung cancer.

"The initial results have given us a 15,000 chemical compounds, it is too much to work with them in detail, but repeated testing we eventually reduced the number to 170," - says Dr. Bruce Posner, professor of biochemistry and director of the Center for High Performance Computing. Then, a set of 170 chemicals was tested for 100 lines of lung cancer.

At the same time, the researchers conducted a detailed molecular analysis of the lung cancer cell lines,including the identification of mutations in the genome and protein expression. This information, coupled with the fact, whether personal line of cancer cells sensitive to a particular chemical substance, has allowed researchers to develop a set of biomarkers - indicators that can be used to determine whether a particular cancer to respond to one of 170 chemical compounds . The last stage of the study was to analyze the effects of drugs on cancer.