Despite the concern that hormonal stimulation of the ovaries prior to IVF can increase the risk of ovarian cancer, the researchers were not able to establish any link between infertility treatments and the risk of cancer.

For information about the volume, How is the current treatment of ovarian cancer in Israel, the country's best experts and to compile an individual treatment plan in Israel, leave a request and our consultant will contact you in the next few hours. 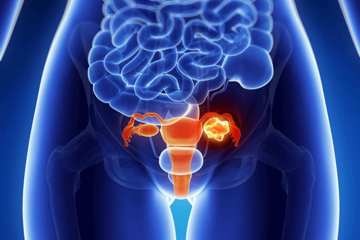 The researchers analyzed the data of each patient , the last IVF between 1994 and 2015, and found that IVF and stimulating hormones are not associated with the risk of developing the disease.
Anna Pinborg from the Copenhagen University Hospital presented results of the study, which was attended by 58,572 women who were IVF, and 549,210 women without treatment at the 34th Annual Meeting of the European Society for Human Reproduction and Embryology in Barcelona.

there has long been concern that drugs to combat infertility, used in IVF, is a risk factor for ovarian cancer, but the biological mechanism is not yet clear. This fear is based on the fact that the increased activity of the ovaries increases the risk. In contrast, pregnancy or use of oral contraceptives that inhibit ovarian activity, reduce risk. Nevertheless, in spite of these assumptions, the increasing age and genetic factors are the most common risk factors.

Treatment of cervical cancer in Israel

For the treatment of cervical cancer in Israel price available. In robotic surgery used operating system in chemotherapy use innovative drug formulations, in radiation therapy - a unique technique.