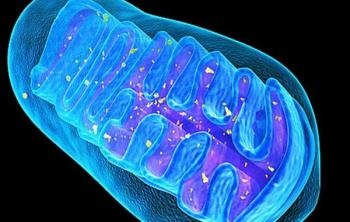 Researchers in Melbourne found that could lead to better treatment of rare and serious genetic condition.

Sanger's syndrome - a genetic disorder of the mitochondria. Most children born with him, dying in infancy, but there is a milder form of the disease when people live for decades.

Recent research has revealed an unexpected link between the gene of AGK, syndrome that causes Sanger and cellular process called "transport protein".

The team of Professor David Thorburn identified changes in gene as the cause of AGK Sanger syndrome in 2012. However, it was unclear how AGK leading to abnormal function of mitochondria, which are found in two Australian patients. Subsequently we studied the condition for another 30 patients, most of whom suffered from severeheart disease and cataracts .

Dr. Diane Stojanovski explored the inner workings of the AGK, and what she found to lead to improved treatment and therapy for the incurable condition. According to Stojanovski, the mitochondria - organelles, located in all cells of the human body and is considered "powerhouse" of the cell, where the food is transformed into energy for life and functioning of the body. When mitochondria do not function properly, the organs do not work properly, and people get sick.

Mitochondria are double-membrane associated with a "carrier proteins," built into the inner membrane that regulate the penetration of molecules. Molecules which pass through them, are required for various processes such as fat and protein metabolism for energy production.

"The mitochondria is the mechanism that is responsible for the collection of these molecules - said Stojanovski -. When this mechanism appear defective parts, it leads to serious consequences for the metabolism, and as a result, Sanger syndrome."

Command Stojanovski found that AGK involved in the molecular mechanism TIM22, when the carrier proteins in the inner membrane of the molecule transferred into and out of the organelle. This feature is crucial for a variety of processes, including energy production.

"Before this discovery Sanger syndrome was considered a defect of lipid metabolism in the cells, - said Stojanovski -. Our work suggests that the transfer protein wrong process leads to the disease."