Scientists have discovered a "jumping" genes that lead to cancer growth 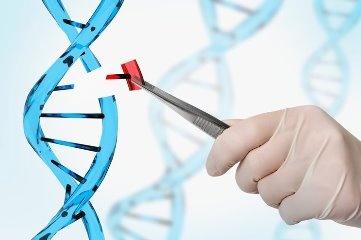 In the course of cancer research, scientists usually look for genes by analyzing the genome for mutations in the DNA. A new study showed that "jumping" genes that are missing in conventional sequencing are also important factors in tumor growth.

Scientists from the School of Medicine at Washington University in St. Louis, Missouri, found that "jumping" genes are common in cancer and contribute to the growth of the tumor, causing cancer genes remain switched on.

They analyzed the 7769 tumor samples from 15 different types of cancer, and found 129 "jumping" of genes, which can stimulate tumor growth by influencing the 106 different cancer genes.

Jumping genes functioned as a "hidden switches" in 3864 tumors that were studied by researchers. These tumors originated in the breast, colon, lung, skin, prostate, brain and other cancers. The article was published in Nature Genetics.

These results open the possibility of the search for new treatments. Cancer develops when cells undergo certain changes. Some of the genetic changes that cause cancer, alter the natural constraints on cell growth of the organism, the other can disrupt the structure and function of proteins that perform work cells.

The genetic changes that cause cancer, can be passed from parent to child. They can also occur during a person's life, such as during cell division or in response to UV radiation, carcinogens in tobacco smoke or other environmental factors.

There are different types of genetic alterations. Some affect only one DNA building block, while the other may duplicate, skip or rearrange the sequence of building blocks.

Previous studies have shown that certain elements in these genes may influence the expression of cancer genes.

The researchers decided to examine these questions using tumor samples. They found that "jumping" genes are a feature of many types of cancer with accelerated growth. It seems that the aggressive cancer, they act as "switches" that include cancer-related genes.

Scientists have found that in 12 percent of cases of brain glioma cancer had at least one "jump" the gene, whereas the figure was 87 percent for squamous cell lung cancer.

Researchers believe that the provision of such information to doctors to help them determine the therapy. It also gives new targets to explore future cancer therapies.

Another important finding is that "jumping" genes that act as hidden switches, are more prevalent in cancer, which is more open form of DNA. Genome DNA usually keeps tightly closed. DNA of the open form is likely to lose some of its functions.