Scientists have discovered a new method to combat flu 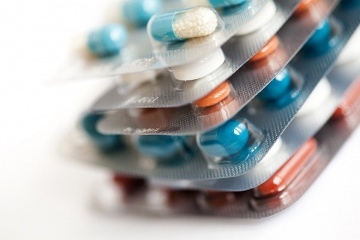 With the onset of the influenza season, researchers from the University of Colorado and Texas A & M University have uncovered a previously unknown mechanism by which a person's immune system tries to fight the influenza virus A.

"We solved the puzzle, revealing new opportunities for our immune system," - says Nicholas Meyerson, a leading author of the paper published in Cell Host and Microbe. Conclusions allow scientists to better understand how seasonal influenza virus, which usually occurs in birds begins in people, and develop the next generation of antiviral drugs that can deal with a wide range of influenza strains.

The article focuses on two components: a protein called TRIM25, which discovered recently and which plays an important role in the immune response to the human influenza virus, and the NS1 protein, is present in all strains of influenza A.

With the help of a series of laboratory tests of a team of scientists have come to two conclusions. TRIM25 captures the unique structure of the flu virus and protect the body from its reproduction. The NS1, produced by the influenza virus can block TRIM25 function, allowing to bypass the immune response to influenza and to provoke disorder.

The researchers found that influenza NS1 protein uses to evade the response TRIM25. They infected the cells with transgenic primates TRIM25 human influenza virus and found that the cells have coped with the virus much better than the version of the protein TRIM25 human. TRIM25 has the ability to inhibit influenza, but the human form is less active.

To find out how the protein inhibits the flu, the researchers combined TRIM25 against viral ribonucleoprotein, protein chains, which posted an influenza genome, and used modern electron microscopes, to make the process of what is happening shots. They found that TRIM25 quickly recognize the unique structure ribonucleoproteins and "squeezes" them, so they do not multiply within the cell. Other experiments confirmed that the NS1 protein in influenza virus inhibits the function.

Scientists have found that TRIM25 is present in the nucleus of cells in addition to the cell cytoplasm, where the influenza replication. They carry out further research on the role of TRIM25 in the transmission of the influenza virus. More research is needed, and the new therapy can be designed to block the NS1 protein, produced by the influenza virus, reducing its ability to evade the human immune system.

The new strategy is based on DNA, will help eliminate a number of influenza viruses

Researchers have developed a new synthetic virus protection strategy, based on the DNA.