Treatment of breast cancer triple negative has no targeted drug therapy, and the only hope for these patients - chemotherapy. This type of cancer is quite aggressive and lethal, the median survival is only 12 months.

For information on how to carry out the treatment of breast cancer in Israel Assuta the best specialists of the country, leave a request and we will contact you shortly. 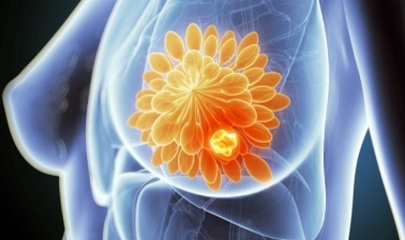 Doctors are turning to combination therapy in an attempt to kill the cancer. However, there is no reliable way to predict which combinations will work for a particular patient with triple negative breast cancer.

Researchers at Monash University have used genetic data and data on the treatment of cancer cells grown in the laboratory to develop a computer program to identify the drug combination. Researchers believe that the computer model will eventually become the app that clinicians can use to match the best combination of drugs for individual patients.

Breast cancer cells can induce resistance to one drug target for several days, sometimes hours. Exactly how cancer cells are finding new ways to avoid the effect of the drug, for the most part unknown.

Researchers from Monash University, in collaboration with colleagues from the Weizmann Institute in Israel, described the key signaling network, which stimulates the growth of triple-negative breast cancer and has developed a computer model that can predict how the network in response to the medication.

The new model and its predictions have revealed various combinations of drugs to attack cancer by blocking the path of the new cancer cells. Using data from The Cancer Genome Atlas, a database of cancer genes, and the history of the patients from the National Institutes of Health in the US, the researchers tested a combination of drugs to determine their effectiveness.

Scientists investigated the genomic information of the patient and enters this information into their computer model to further avoid wasting time on the wrong medication.

Researchers have discovered a previously unknown combination of the two drugs, which are projected pattern can be effective in the treatment of previously untreatable diseases. Scientists hope to test a new combination in clinical trials in the next few years.

A computer model can be adapted and used to determine effective combinations of drugs to other serious cancers, such as lung cancer and melanoma, where the rerouting network is observed in order to avoid resistance. The current study is an important step for the development of personalized treatment of cancer patients.

treatment of breast cancer in Israel

The clinic Assuta for treatment of breast cancer in Israel are democratic prices. Direct diagnosis of the e-mail address to find out the cost of therapy.