Scientists are developing a portable device for the detection of diabetes 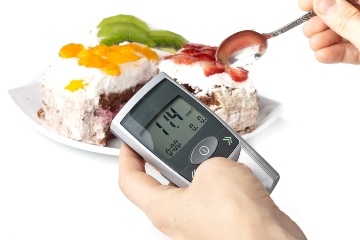 Researchers at the University of Twente in cooperation with commercial organizations develop portable detection of diabetes type 1 or 2 in the early stage. STW Technology Foundation financed the research project presented by Sonia Garcia Blanco from the institute MESA +. The ultimate goal of the project is to develop a prototype device.

At 420 million people worldwide have been diagnosed with diabetes, another 180 million people suffer from the disease without knowing about his condition. If we were able to detect diabetes earlier than is now possible, you can avoid a lot of suffering and costs. The researchers are seeking to develop an inexpensive handheld device that uses a small drop of blood to detect diabetes early. Furthermore, the new device will distinguish mellitus type 1 and 2.

At the core of the device chip, which is the biomarkers in the blood. Biomarkers - substances which indicate the presence of a particular disease, physiological or other biological process condition. The chip is equipped with a built-in optical sensor. The sensor scans the drop of blood for the presence of the three biomarkers. According to Sonia Garcia Blanco project manager, the first task is to invent the little engine that sensitive enough to detect biomarkers in a small amount of blood. Second, but no less difficult task is to create a device which simultaneously is a portable, reliable and easy to use.

Garcia Blanco specializing in the development of integrated optical components, such as sensors that can be integrated on a single chip. It is involved in several projects, in which the optical sensors are designed to detect disease-specific biomarkers.

The research project is aimed at more than just technology. Twente University attaches great importance to ensuring that the public benefits from the research and experience. Experts conduct market research and ensure the transfer of knowledge between researchers and commercial organizations.

New possibilities for the prevention of type 1 diabetes: study oligonucleotides and miRNA92a molecule.

Researchers to According the the Stepping the the Up , Up Need nurses by themselves to start the insulin therapy as with the part of routine care.

The researchers found an interesting mechanism of glucose in skeletal muscle sensations.

PromarkerD predicted is Decline in renal function in of the type 2 diabetes.