Scholars improved microfluidic chip for the treatment of glioblastoma

A group of biomedical researchers Akay Lab at the University of Houston reported improvement microfluidic chip for the treatment of brain cancer, previously developed in the laboratory. The new chip enables multiple simultaneous administration of medicines and parallel testing of drug reactions in patients with glioblastoma, the most common malignant brain tumor. Patients with this type of cancer survival rate for five years is only 5.6%.

For information on how to carry out the treatment of glioblastoma in Israel,  the best specialists of the country, leave a request and we will contact you shortly. 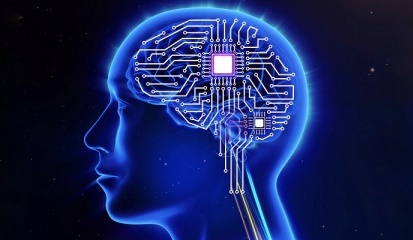 "The new chip generates tumor spheroids or clusters and provides a large-scale evaluation of the reaction of tumor cells to various concentrations and combinations of drugs. This platform can optimize the use of rare tumor samples obtained from patients with glioblastoma, to provide valuable understanding of tumor growth and response to drug therapy ", - said Metin Akai, Professor, Department of Biomedical Engineering Department and John S. Dunn. The article was published in the first issue of the journal Open Engineering in Medicine and Biology.

The ability to quickly evaluate the effectiveness of cancer drugs would be a marked improvement over standard protocols for treating cancer in which chemotherapy drugs to be appointed, then tested for several months, and the patient is switched to another drug if the first is ineffective. The new device can determine the optimal combination of drugs in just two weeks. Researchers can identify what kind of a combination of drugs is required to the patient, as well as the exact proportions and doses of each.

Researchers take part tumor biopsy, treated and placed in its chip. Then they added chemotherapy drugs in microvalves chip to determine the best combination of drugs and a certain proportion, which kill most tumor cells.

The researchers studied the effect of the combination of temozolomide and inhibitor of nuclear factor κB on the growth of the tumor in 3D-lab. They were cultured three-dimensional tumor spheroids or clusters of glioblastoma cell lines.

"Our study showed that these drugs have a synergistic effect in inhibiting the formation of spheroids when used in combination, and suggests that this chip for brain cancer allows for large-scale, low-cost and effective screening of drugs on 3D-tumor. In addition, this platform can be applied to research on screening drugs associated with tissue engineering ", - says Associate Professor Yasmin Akay. Tissue samples were provided by project officer Jay Dzhiguang Zhu, MD, director of the Oncology Service Neuro Medical School McGovern.

To minimize loss of the sample, the team existing chips improved system for treating brain cancer, adding an extra layer of laminar flow, which reduces sample loss and prevents the spheroids. This allows uniform spheroids formed around the chip for testing drugs between each spheroid.

Radiotherapy of tumors in the brain Assuta - high technology

Radiation therapy of brain tumors: indications for the basic methods of radiation treatment planning and preparation process, potential side effects and mitigation measures.

Operations in brain tumors in the clinic Assuta

Operations in brain tumors: indications and contraindications, preparation and symptomatic treatment, the types of operations (biopsy, craniotomy, bypass), the recovery process after after removal of a brain tumor.