The Group of Experts established by the Office of the US Food and Drug Administration approved the asbestos testing standards for cosmetics. The courts received thousands of petitions alleging that contaminated food from talc cause cancer. 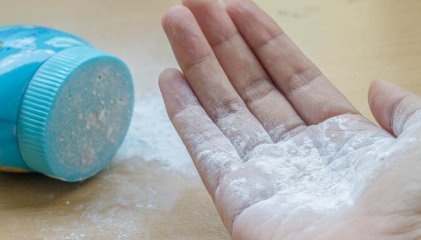 Of The will most Significant recommendation of a group of Governmental experts That is the mineral the Particles contained I in the TALC products, small enough to Press enter to the lungs, even the Those That the industry does not Mention asbestos, Should the BE Considered Potentially hazardous. Asbestos related components and minerals can cause similar pathological consequences. The group also mentioned the position of World Health Organization and other public health authorities, the organization that there is no known safe level of asbestos exposure, and called for testing of powders and cosmetic talc using the most sensitive methods available.

The recommendations, which were received from eight experts from government agencies, including the US Geological Survey and the National Institute for Occupational Safety and Health, to be considered on February 4 at Silver Spring, Maryland. According to the Office, it will be the first hearing devoted to the testing methods of asbestos in talc and cosmetics since 1971.

Evaluation Group notes a sharp departure from the previous estimation of advisers. At the end of 2018 at a closed to the public meeting many experts underestimated the potential risk of contamination of talc asbestiform minerals. Collection and received reports drew criticism from other scientists, defenders of the rights of consumers, congressmen and plaintiffs lawyers. Management refused to comment on the new guidelines ahead of the meeting. In a statement, the Office notes that the group of governmental experts to work independently and do not ask for a recommendation from cosmetics manufacturers, industry groups, or any other non-governmental groups.

The representative of Johnson & Johnson market leader, said the company expects to conduct a thorough analysis of the most effective and reliable way to test the asbestos in cosmetic talc. In October, the Food Control Department and Drug Administration of the USA announced that asbestos found in a bottle of baby powder Johnson's Baby, which led to the withdrawal of 33 000 bottles. After that J & J hired an outside lab to conduct a series of tests that found no asbestos in talc.

"Test methods J & J exceed industry standards, and 155 third-party testing laboratory using the most modern methods show that in our no asbestos talc," - said the representative of J & J Jake Sargent. Product hygiene Council representative said that the national trade group cosmetics had no contacts with the Office about the upcoming meeting and declined to comment further.

Recommendations are the next step in the revision of US regulators testing standards and security settings for talc powder and cosmetics used by millions of people. Although talc and asbestos minerals are similar and often occur together in the earth, the Office has never required manufacturers to control the presence of a known carcinogen, allowing them to check their products at their own discretion. Experts believe that the recommendations of the commission itself may affect the practice of science and strategy courtroom.

According to Adam Zimmerman, a professor at Loyola Law School Los Angeles, recommendations can be used in the courtrooms for the plaintiffs' cases and are especially valuable because they come from experts who monitor public safety. Mark Lanier, counsel for the plaintiffs group of women with ovarian cancer, who won $ 4.6 billion in claims against J & J, said it will use the recommendations in future trials.

Tests carried out in the last year, which showed the presence of asbestos in a number of selling cosmetics, again caused concern among some members of Congress and supporters of the protection of consumers against the risk of contamination and the potential need for stricter safety standards to protect the public. According to the submitted claims, talcum powders causedovarian cancer and mesothelioma , Incurable cancer mucosa lungs and other organs.

One report showed that while J & J knew that raw talc is sometimes given a positive result to asbestos from the 1970s to the early 2000s, the company did not report these findings to the Office. Starting from 1970, the Office downplayed concerns about the health effects of talc powder and cosmetics, and is now taking a more assertive position in view of the increasing control of Congress, the criminal investigation into allegations J & J on the safety of talc powder and sentencing jury against manufacturers talc.