Zika virus hides in the eyes! 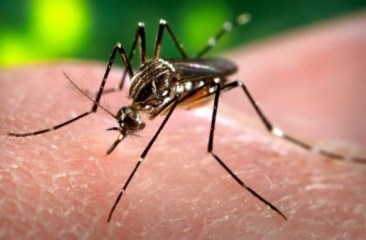 Scientists have discovered that the virus is able to localize in Zeke's eyes. This conclusion facilitated detection of viral genetic material in the lacrimal fluids of mice. The researchers studied the effect of viral infection on the organs of fetuses, newborn and adult mice.

"Our work shows that the organs of vision can become a place of localization Zika virus," - says one of the study's authors, Professor Herbert Gasser. And he adds: "Now we must see if it is present in front of the person, as well as how long it is there."

In adults, the virus Zika causes a slight discomfort, but in utero it affects extremely negative, up to brain damage and fetal death. Almost a third of the babies infected with Zeke in the womb have a serious eye disease: inflammation of the retina, optic nerve, blindness. At the same time in adult infection causes conjunctivitis (redness and itching of the eye) and uevit.

During the experiment, the scientists introduced under the skin of mice Zika virus, mimicking the process of human infection from mosquitoes. Seven days later, the virus was detected in the organs of vision. Thus, the possibility of the penetration of the virus was confirmed in the eyes.

This greatly increases the likelihood of human infection from contact with the tear fluid of infected people. The researchers found that the tear fluid of mice contains fragments of viral RNA, but not him 28 days after infection.

"Despite the fact that we live virus are not found, this does not mean that the tear fluid in humans is not contagious," - says the study's lead author, Jonathan Jay Miner. "It is possible that tears can be a source of infection for a certain period of time sufficient to spread the virus," - he adds.

Eyes - place in the body, where the immune system manifests itself as actively as to prevent tissue damage during the immune response. Therefore, the infection may persist here even after they have been removed from the other organs of the body.

The data obtained are of practical importance. On the view of organs of mice can be tested drugs against the virus Zika. Therapeutic effect on the virus by instillation of medications in the eye makes it possible not to take into account the toxicity of the drug to the liver and other organs, and it is possible to control the dosage, "- says Professor Siddharhta.

Based on materials sciencedaily.com

The study reveals the secret of the spread of HIV strain

As one of the HIV virus modifications will help cure people from the deadly disease?

Zika virus continues to cause concern among the population

Public health organizations and doctors focus on the danger of the spread of the virus Zika.