The relationship between breast cancer and atrial fibrillation

In women with breast cancer is more common, atrial fibrillation (AF), but the risk depends on the age and time. 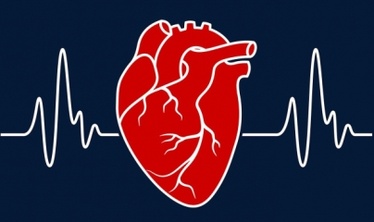 A nationwide study in Denmark found that women younger than 60 years, more than twice at risk of AF for the first time 6 months after diagnosis of breast cancer.

A number of concomitant diseases, which are known, are AF risk factors such as hypertension, coronary artery diseaseand heart failure have also been associated with atrial fibrillation in the study population. In addition fibrillation leads to a higher risk of thromboembolism and ischemic stroke. The results were published in Heart Rhythm.

The scientists used data from four national Danish registries to compare at the age of 74 155 patients with a diagnosis of breast cancer, with 222 465 women from the general population. The median age was 62 years old, and both groups had similar comorbidity and pharmacological treatment.

During the observation period at 987 patients with breast cancer (1.33%) and 3019 women from the general population (1.36%) developed AF. Furthermore, hypertension, coronary heart disease, heart failure, chronic renal disease, and chronic liver disease were associated with a higher incidence of AF.

New data showed that breast cancer and its treatment are associated with risk factors for AF due to systemic inflammation and changes in the regulation of the cardiovascular system. In this advanced age is the strongest risk factor for AF, and the cases of breast cancer also increases with age.

The researchers argue that the higher mortality observed in patients with breast cancer, can cause an underestimation of the risk of AF patients.

Ultimately, the researchers note that the cumulative incidence of AF for three years was low - to 0.4% under the age of 60 years and up to 2.4% after 60 years.

"We would recommend that practitioners take into account the condition of these patients to be able to diagnose and offer treatment as soon as possible" - the researchers write.

The study analyzes several significant issues, such as whether there is a subgroup of women with breast cancer with a sufficient risk of developing AF for more intensive monitoring, and whether it is possible to explain the risk of AF in patients with breast cancer common risk factors .

Lamektomiya: indications and contraindications, preparation and course of the operation, the risks and side effects.