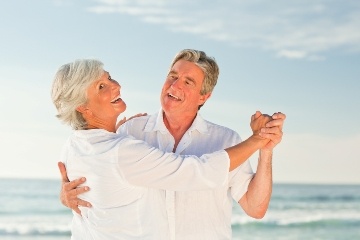 Dance classes improve balance in the elderly and the work areas of the brain responsible for motor skills.

Scientists have conducted a small study that compared the dance lessons with standard exercises, including walking, among 52 elderly people. More than one and a half years, the subjects engaged in weekly dances, demonstrated the best ability to maintain balance. In the group performing traditional exercises, such improvements were not.

Researchers have discovered the benefits for the brain. In elderly in both groups there was an increase in the hippocampus, which is responsible for memory and learning. And the dancing group showed greater growth.

Patrick Müller, one of the researchers, suggested that the "multi-modal" nature of dance, including physical and mental components, improves brain function. The participants of the dance group had to constantly learn and learn new steps. Dancing improves the coordination of movements in time with the music. According to Mueller, the hippocampus is important: it decreases with age, which creates the risk of developing Alzheimer's disease.

David Marquez, associate professor of kinesiology at the University of Illinois, is studying the effect of Latin dance classes on the state of elderly Hispanics. He agreed that the dance simplifies repetitive muscle movements.

"Dancing, you are thinking about each step, - said Marquez -. This motor, cognitive and social components along with the music."

Studies have shown that regular aerobic exercise, such as walking, can increase brain regions associated with memory, planning and other vital functions.

In a study published in Frontiers in Human Neuroscience, involved healthy volunteers older than 60 years. Half of them are involved in dance for more than 18 months. Others were traditional exercise program, including walking, stationary bikes, strength training and stretching.

The dance group was engaged twice a week during the first six months, then once a week. Styles of dance changed every two weeks, from Latin to jazz. 14 people from the group dances and 12 people from the traditional fitness group engaged for 18 months. The study found that only members of the dance group showed improvement in balance.

"Further studies are needed to determine whether dancing can actually reduce the risk of neurodegenerative diseases such as Alzheimer's disease," - says Müller. According to Marquez, it would be interesting to conduct the same study in adults who already have some cognitive impairment, and to see whether such changes.

Cancer does not protect against Alzheimer's disease

New assumptions of American scientists about the relationship of cancer and Alzheimer's disease. Statistics and research results.

A team of scientists from the United Kingdom found a way to restore the living stem cells in dental pulp.