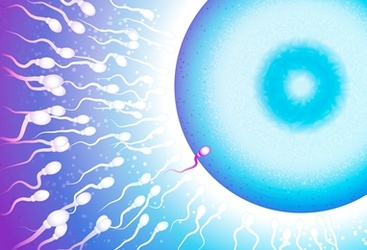 Israel In vitro fertilization (IVF) is a procedure during which a woman is retrieved from the ovary and the egg is fertilized by sperm in special laboratory conditions, then the embryo is again returned into the body and placed in the uterus.

IVF in Israel is the success of assisted reproductive technology, which is used to help infertile couples conceive. Infertility is suspected in cases where at the expiration of one year, a woman, a sexual relationship with your spouse / civil husband, with regular sexual intercourse without contraception, can not become pregnant.

The reasons for this failure to conceive a child may be associated with women's health state (endometriosis, hormonal imbalance, fallopian tubes) and male (sperm count or low semen quality is poor).

The Assuta, Israel clinic, IVF - the most effective method, in which infertile couples significantly increase the chances to become happy parents, but carrying out in vitro fertilization is not possible in cases where a woman is unable to ovulate, and ejaculate a man does not contain at least a few healthy sperm.

Who is a candidate for IVF in Israel?

The result of the procedure depends on a number of factors, which include the woman's age, cause of infertility, the use or non-use of donor eggs or sperm, as well as the competence of the clinic and the laboratory, which will carry out the procedure, and the cost of IVF in Israel.

Typically, in vitro fertilization is performed in cases when other methods of infertility treatment are powerless (reception fertility drugs, surgery or intrauterine insemination).

The IVF clinics in Israel has the highest success rate compared with medical institutions of other countries, which confirms the high professionalism of doctors, using the most modern technology, individual approach to each patient and make the most accurate diagnostic examination of patients. Correct diagnosis is vital, as in Israel, IVF is performed for the treatment of infertility in the following cases:

The main stages of IVF in Israel

Before you begin treatment, the doctors sent the pair to complete diagnostic examination, which may include:

The effect of IVF in Israel can be reached after one and after several cycles of treatments. In vitro fertilization can be divided into 4 stages:

Reproductive technology assisted the this is quite Costly, and the cost of of IVF in Israel in the BE Different clinics may Radically Different. Also, depending on the individual case, the prices are very different. But inthe clinic Assuta , Each couple can receive the best treatment at the most affordable prices.

Stimulation of ovulation in IVF in Israel

In the event that during in vitro fertilization is used patient oocyte rather than the donor at the beginning of the cycle is treatment of synthetic hormones to stimulate the ovaries to produce several female gametes - in contrast to the normal process when the dominant follicle is formed only one egg (monthly). Not all the eggs are able to develop after the fertilization process, or can be fertilized by sperm that determines the importance of the first step, conducted in Israel in IVF.

The doctor may prescribe the following medications:

Usually this stage of IVF in Israel takes 1 to 2 weeks. In order to check if the egg is matured, the doctor performs a vaginal ultrasound and blood tests. In some cases, it is necessary to cancel the in vitro fertilization for the following reasons:

In this case, the doctor recommends the change medications and their dosage or do you find an egg donor.

After entering chorionic gonadotropin for 34 - 36 hours oocytes produced fence. During the IVF procedure in Israel, the patient is under light sedation, which, unlike a general anesthetic, virtually no side effects and complications. After the effect of the medication has been made, the doctor applies a transvaginal ultrasound and inserts a special needle into the ovary, realizing the aspiration of the follicle. Each follicle contains not more than one oocyte, which is transferred into an embryonic laboratory for fertilization.

Fertilization at IVF clinics in Israel

After the sexual partner provided a sperm sample of the patient (or the same donor was obtained semen), fertilization is typically performed in the traditional way, which comprises mixing the healthy sperm and oocytes matured in the incubation conditions. But sometimes in Israeli hospitals IVF is performed in conjunction with ICSI - intratsitoplazmicheskoy sperm injection, so the chances to conceive some couples are increasing significantly. The need for this procedure can occur if:

18 hours after fertilization, doctors can say for sure whether this step was successful IVF in Israel. Once the embryos have reached the desired level of development, their movement is carried in the womb.

Embryo transfer with IVF in Israel

The procedure is usually performed after 2-6 days after egg retrieval. premises process of embryos into the uterine cavity completely painless, but the patient may experience light cramping. The doctor introduces a long, thin, flexible tube into a woman's vagina, so introduced one or more embryos. The catheter is carried through the cervix into the uterus. To increase the likelihood of pregnancy in most cases, the transfer of three or more embryos, but on the other hand, it may lead to multiple pregnancies and complications.

After IVF patient in Israel (a few hours) can return to normal life, but it should avoid physical exertion. Also, women may experience side effects:

12-16 days after the procedure is performed diagnosis of pregnancy, and if the first IVF cycle in Israel was successful, and there was a conception of the child, after the confirmation of pregnancy, and after 7-8 weeks the US, after which the patient gets registered at the gynecologist.

Application of cervical excision for diagnosis and treatment of precancerous cervical disease in the Israeli clinic Assuta - indications and features of the method.