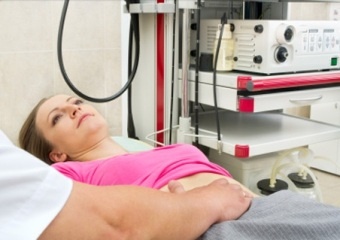 Laparoscopic myomectomy is widely used by gynecologists Israel for treatment of uterine fibroids.

Laparoscopic Myomectomy - surgical intervention, conducted through small incisions in the abdominal wall, as a result of removed fibroids with uterine preservation.

The operation is preferable for women who are planning to maintain reproductive function.

Indications for laparoscopic myomectomy: fibroid larger in women of childbearing age, any size fibroids with infertility or miscarriage, the nodes on the stem, often repeated bleeding, anemia, impaired bowel and bladder as a result of compression of fibroid, pelvic pain syndrome.

In clinic Assuta surgery performed under general anesthesia. Trocar performed small incisions in the abdominal wall. After the navel trocar cannula is introduced through which the abdominal cavity is fed carbon dioxide. Under the gas pressure of the anterior abdominal wall rises above the abdominal organs. This ensures a good view of the surgical field. The remaining three cuts are to be inserted into the peritoneal cavity of the optical system and endoscopic instruments.

Equipment and duration of surgical treatment in Israel depends on the number of nodes fibromatous their location in the uterus and magnitude.

The operation is performed in stages.

The first stage is performed laparoscopic myomectomy clipping fibroids from the uterine wall and husking. Bleeding and uterus tumors of the blood vessels is removed by coagulation vessels.

The third stage of the operation. Resected nodes are placed in a special container and the laparoscope is removed from the abdominal cavity through the operative access or incision in the posterior fornix of the vagina.

The fourth stage of treatment in Israel - stop bleeding from the tumor bed and washing the abdominal cavity.

Operation in the clinic Assuta extends from 60 to 180 minutes.

After surgery, the patient per day is in the hospital under medical supervision. Postoperative sutures are removed after 7-0 days after discharge. The postoperative period usually takes place favorably. Disabled woman is recovering after 2-4 weeks of treatment gynecology in Israel.

FEMALE of treatment for infertility is an applied l aparoskopicheskaya salpingoplastika (tuboplastika). In Israel, the clinic patients are assigned indications for surgery. Subsequent rehabilitation is supervised by professionals.

IVF in Israel, and the indications for the procedure, diagnostic tests, characteristics of the main 4 stages of in vitro fertilization.